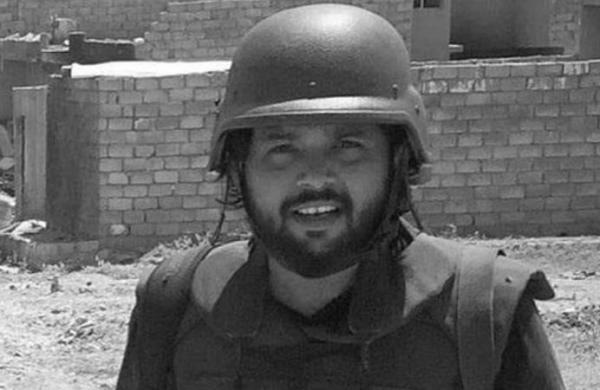 By PTI
NEW DELHI: Union Information and Broadcasting Minister Anurag Thakur on Friday condoled the death of Indian photojournalist and Pulitzer Prize winner Danish Siddiqui in Afghanistan, saying he leaves behind an extraordinary body of work.

He was killed in Afghanistan while covering fighting between Afghan troops and the Taliban.

“Danish Siddiqui leaves behind an extraordinary body of work. He won the Pulitzer Prize for photography and was embedded with the Afghan Forces in Kandahar. Sharing one of his pictures below. Sincere condolences. RIP,” Thakur tweeted.

Siddiqui, in his early 40s, was killed during clashes in Spin Boldak district in Kandahar, Tolo News quoted sources as saying.

It said fierce fighting has been underway in Kandahar, especially in Spin Boldak, for the last few days.

The Indian journalist was covering the situation in Kandahar.

The Press Club of India also expressed shock at the death of the journalist.

“The Press Club of India is shocked at the passing of @Reuters’ @PulitzerPrizes winning photojournalist @dansiddiqui at Kandahar where he fell to the bullets of the Taliban. True journalism needs courage and Danish’s body of work is a testament to that. We are at a loss of words,” it tweeted.

Siddiqui was based in Mumbai. He had received the Pulitzer Prize as part of the Photography staff of Reuters news agency.

Danish graduated with a degree in Economics from Jamia Millia Islamia, Delhi.

He started his career as a television news correspondent, switched to photojournalism, and joined Reuters as an intern in 2010.

Afghan Ambassador Farid Mamundzay said on Friday that Siddiqui has been killed in Kandahar, .

“Deeply disturbed by the sad news of the killing of a friend, Danish Seddiqi in Kandahar last night. The Indian Journalist & winner of Pulitzer Prize was embedded with Afghan security forces. I met him 2 weeks ago before his departure to Kabul. Condolences to his family & Reuters,” Mamundzay tweeted.

Afghanistan witnessed a series of terror attacks in the last few weeks as the US withdrew the majority of its troops from the country and aimed to complete the drawdown by August 31, ending nearly two-decade of its military presence in the country.

The Taliban was evicted from power by the US-led forces in 2001.

Now, as the US is pulling back its troops, the Taliban fighters are attempting to gain control of various parts of the country.