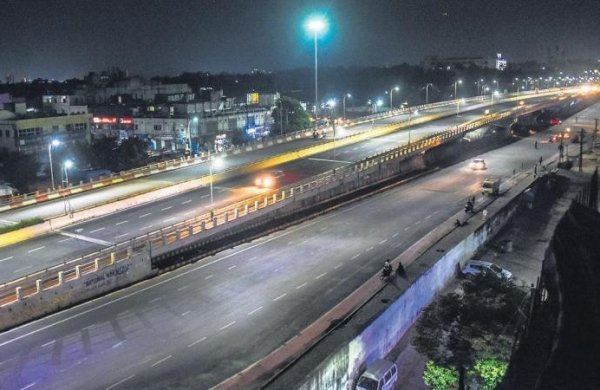 By PTI
AHMEDABAD: Coronavirus-induced night curfew was on Friday extended in eight cities in Gujarat for 12 more days, while water parks and swimming pools were allowed to operate at 60 per cent capacity from July 20 provided their staff receive at least the first dose of the COVID-19 vaccination by July 31, an official said.

Curfew between 10pm and 6am, which was in force till July 20 in Ahmedabad, Vadodara, Rajkot, Surat, Bhavnagar, Jamnagar, Gandhinagar and Junagadh, has now been extended till the morning of August 1, a state government release said.

“Owners, managers and staff of water parks will have to get inoculated with the first dose by July 31,” it said.

An official said non AC private and public transport buses can operate at 100 per cent capacity and AC buses at 75 per cent capacity from July 20, and it will be mandatory for drivers and conductors to take the first dose of the COVID-19 vaccine.

A release also said hotels, resorts-restaurants and water parks in the state have been exempted from fixed electricity charges for a period of one year as per an announcement made by Chief Minister Vijay Rupani on June 7, and such entities will have to pay only for actual consumption.

With the addition of 39 fresh cases of COVID-19, the tally of infections in Gujarat reached to 8,24,423 on Friday, an official from the state health department said.

The toll stood at 10,074, as no new casualties were reported during the day, while 70 patients were discharged from hospitals, taking the count of recoveries to 8,13,743, the official said.

The state’s recovery rate improved to 98.70 per cent, and the state is currently left with 606 active cases, of which seven patients are in a critical condition, he said.

Surat district reported the highest number of nine new cases, followed by Vadodara with seven, Ahmedabad with five, Amreli, Anand, Dahod, Gandhinagar, Navsari, Jamnagar and Junagadh with two each, and Bhavnagar, Gir Somnath, Valsad, and Patan with one each.

According to the health department, 19 out of 33 districts in Gujarat did not report a single case during the day.

The Union Territory of Dadra and Nagar Haveli, Daman and Diu reported one new case and seven recoveries during the day, an official said.

With this, the total number of COVID-19 cases in the region stands at 10,565, of which 10,545 patients have recovered, four have died and 16 are currently undergoing treatment, he said.