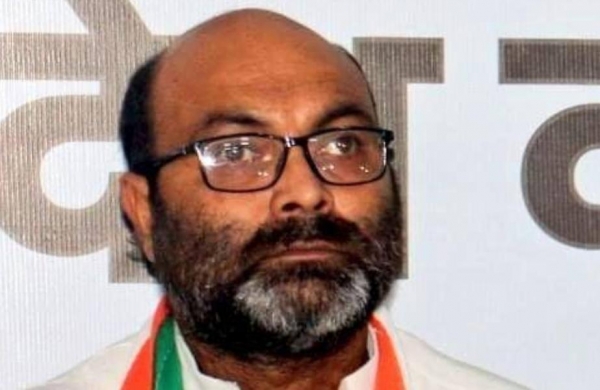 By PTI
LUCKNOW: Congress leader Urusa Rana, the daughter of poet Munnawar Rana, alleged on Friday that the party’s Uttar Pradesh unit chief, Ajay Kumar Lallu, misbehaved with her when she went to greet Priyanka Gandhi Vadra during her dharna at the statue of Mahatma Gandhi in Hazratganj here.

“Before the dharna, when I went to greet Priyanka Gandhi, Lallu misbehaved with me and asked me to go away,” Rana, who is the vice-president of the central zone of the Congress’s women wing, said.

She said when the protest against the Citizenship (Amendment) Act (CAA) and the National Register of Citizens (NRC) was going on, Lallu used to seek her help, adding that she was “hurt” by the treatment meted out to her on Friday.

When asked, Lallu denied that any such thing happened.

“Urusa is a party office-bearer and there is no question of misbehaving with her. I myself introduced her to Priyanka Gandhi,” he said.

The place from where Urusa said she was removed was earmarked only for Priyanka Gandhi, Lallu added.

Meanwhile, Priyanka Gandhi met representatives of farmer organisations at the party office here and later, attended a meeting with the executive members, office-bearers, district and city presidents of the Congress.

On the second day of her visit to Uttar Pradesh, the Congress general secretary will be meeting the party workers from Amethi and Raebareli.

She will also meet former MPs, MLAs, and Congress office-bearers of the districts and frontal organisations, and return to Delhi in the evening.