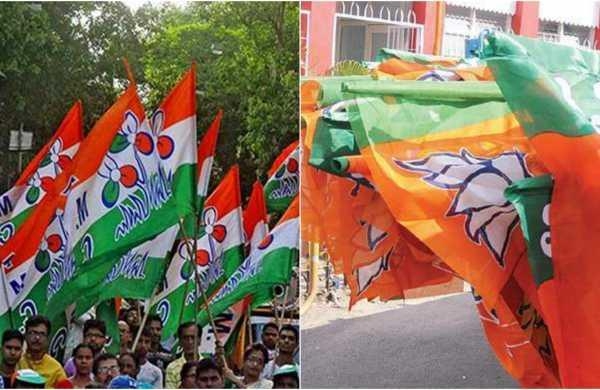 By PTI
KOLKATA: Accusing the Trinamool Congress government of giving Covid-19 vaccine doses only to those who have connections with the ruling party, the BJP on Thursday organised protests in various parts of West Bengal and its leaders courted arrests.

“The TMC government is behaving in a partisan manner in vaccinating people, preferring only its own men,” Choudhury said. According to a central government website, more than 2.50 crore people have been vaccinated in West Bengal till 8 am on Thursday.

“On the other hand, the state government is putting lives of common people in danger by not taking action against organisers of fake vaccination camps like fake IAS officer Debanjan Deb,” Choudhury told reporters while being taken in a police vehicle.

Deb was arrested on June 23 for masquerading as the joint commissioner of the Kolkata Municipal Corporation and operating a dubious vaccination camp in Kasba area.

Cases against him range from cheating to attempt to murder.

Eight others have also been arrested in this connection.

“Vaccines are not being given to our (BJP) members, to the members of the public if they don’t have any links with the ruling party,” Basu said during a sit-in before the SDO office at Asansol.

Similar protests were held at Uluberia in Howrah district, Barrackpore in North 24 Parganas and Suri in Birbhum district. The police took BJP demonstrators to preventive custody on the charge of violating provisions of the Disaster Management Act.

State BJP president Dilip Ghosh is currently not in the state.