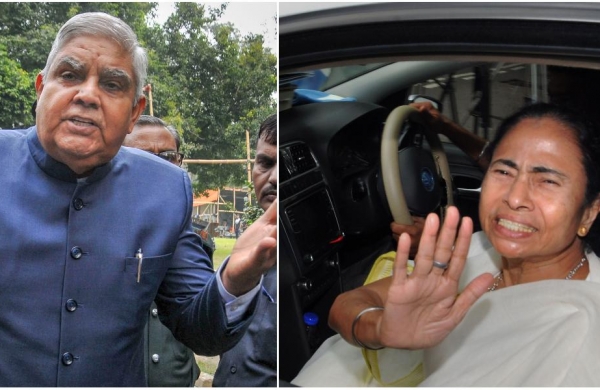 Dhankar said in a tweet the meeting was held without the presence of aides.

According to sources, the two discussed the resolution passed by the state assembly seeking creation of a legislative council.

The West Bengal assembly had passed a resolution last week supporting an ad hoc committee report that favoured creation of a legislative council despite strident opposition by the BJP.

“A lot of issues related to the state were discussed in the meeting, which was held in a very cordial atmosphere,” an official said.

The meeting came amid growing animosity between Dhankhar and Banerjee, who recently said she has thrice written to the Centre demanding the governor’s recall.

The faceoff between Dhankhar and Banerjee intensified last month when the chief minister accused the governor of being a “corrupted man” and claimed he was named in the Jain Hawala case.

Dhankhar remonstrated, accusing her of propagating “lies and misinformation”.

Dhankhar and the Banerjee government have been at loggerheads ever since he assumed office over a year ago.

The governor has often expressed concern over the law and order situation, including the violence that followed the assembly polls held earlier this year.