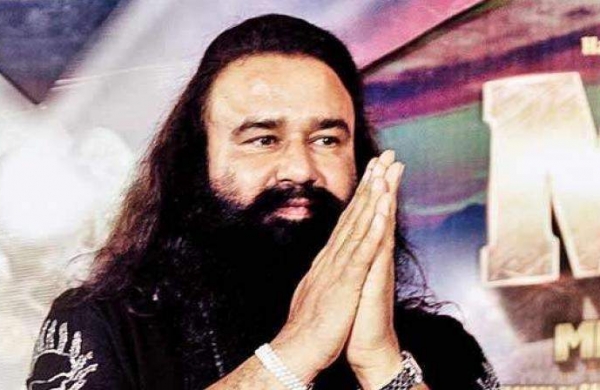 By PTI
CHANDIGARH: Akal Takht Jathedar Giani Harpreet Singh on Wednesday accused the special investigation team of dropping the name of Dera Sacha Sauda chief Gurmeet Ram Rahim Singh from an FIR in a desecration case, a charge denied by the police.

The special investigation team (SIT) probing the 2015 desecration incidents also said the Sirsa dera chief was not named in this case and it did not give a clean chit to anyone.

Addressing the media in Amritsar, the Jathedar of Akal Takht, the highest temporal seat of Sikhs, said the SIT had filed a charge sheet pertaining to FIR No.128 in a Faridkot court a few days ago.

“It is surprising that the SIT, which has filed a challan regarding the FIR No. 128, removed the name of Dera Sacha Sauda chief from the case. It raises suspicion. There is politics at play. We have been saying there should not be politics over this issue,” alleged the Jathedar.

“Why his name (Dera chief) removed quietly. Is it for taking mileage for the 2022 Assembly elections,” he asked.

He demanded that the Dera chief be brought to Punjab from the Haryana jail and he should be questioned about the sacrilege incident.

Gurmeet Ram Rahim Singh is serving a 20-year jail term for raping two of his women disciples in his “ashram”.

He was convicted in August 2017 by a special CBI court in Panchkula.

The FIR pertains to finding of torn pages of the Guru Grant Sahib at Bargari on October 12, 2015 and it was registered at the Bajakhana police station in Faridkot.

Meanwhile, the Shiromani Akali Dal also accused the state government of deliberately not holding Gurmeet Ram Rahim responsible for hatching a conspiracy to commit the sacrilege at Bargari in exchange for support from the dera in the Assembly elections.

Reacting to the accusations, SIT chief SPS Parmar asserted that the investigations in the cases were moving fast in the right direction.

He denied giving a clean chit to Gurmeet Ram Rahim or anyone else, rejecting claims to the contrary as malicious social media propaganda.

Parmar said nobody is above the law and if evidence is found against anyone at any point during the ongoing investigations, due action would be initiated against such persons as per the law of the land.

He said as per challan of FIR No.128, it is clearly mentioned that if and when any evidence comes against anyone in these desecration cases, he/she shall be brought to book and supplementary challans shall be presented against those who figure at any point during the ongoing investigation.

Parmar said the Dera Sacha Sauda head was named as accused in FIR No.

63, which pertains to theft of a ‘bir’ (copy) of the Guru Granth Sahib from a Burj Jawahar Singh Wala gurdwara.

Three more Dera committee members Harsh Dhuri, Sandeep Bareta and Pardeep Kler-were booked in this case but they were absconding.

In this case too, the investigation is underway by the same SIT and nobody has been given clean chit, he said.

On July 9, the Punjab police SIT had filed its first charge sheet against six dera followers in a case of desecration of the Guru Granth Sahib.

They were arrested in May.

In February this year, the CBI on the directions of the Punjab and Haryana High Court had handed over the documents and files related to the 2015 incidents to the Punjab Police SIT.

The previous SAD-BJP government had handed over the three cases — theft of a ‘bir’ (copy) of the Guru Granth Sahib from a Burj Jawahar Singh Wala gurdwara; putting up of handwritten sacrilegious posters in Bargari and Burj Jawahar Singh Wala; and torn pages of the holy book found at Bargari–to the CBI for probe.

The Punjab government had handed over the probe to an SIT of the state police in September 2018 after the state Assembly passed a resolution withdrawing consent to the CBI to investigate these cases, noting lack of progress in the investigation.