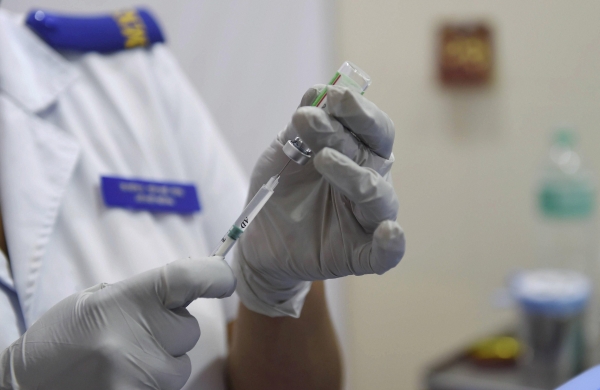 By PTI
ETAH: A 45-year-old deaf-mute man was allegedly sterilized at a hospital here after being brought to the facility on the pretext of getting him vaccinated against COVID-19, police said on Tuesday.

According to the complaint lodged by Ashok Kumar, his brother Dhruv Kumar was allegedly taken to the hospital by ASHA worker Neelam Devi under the pretence of administering him the vaccine last Sunday.

He was, instead, taken to a women’s hospital where he was sterilized without being informed, the complainant alleged.

The victim is a resident of Vashunpuram village.

The ASHA worker had also lured him with a promise that Rs 3,500 will be paid to him, Inspector in-charge, Awagarh, Vijay Pratap Singh said, citing the complaint.

Ashok Kumar claimed that his brother is unmarried, the inspector said.

No FIR has so far been filed in this connection and the matter is being probed, he said.

But the version of district Chief Medical Officer (CMO) Umesh Tripathi differs. Tripathi said he got the matter investigated through the ACMO and a team also visited the village concerned but could not meet the victim.

“No fault of ASHA worker has been found in the whole sequence of events. The sister-in-law of the man had misguided her and asked her to take him for the procedure, saying he has three children,” the CMO said.

The sister-in-law had also claimed that Dhruv’s wife had gone away as he was jobless, the CMO said, adding that the medical team had no need to investigate whether the man is married or not.