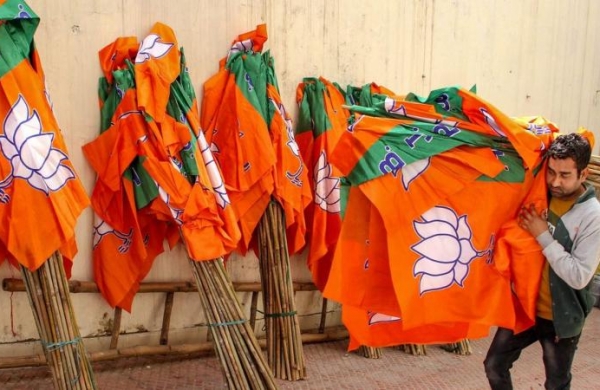 By PTI
KOLKATA: The infighting in Bengal’s BJP unit came to the fore once again on Tuesday when a dissident district leader created a ruckus after not being allowed to enter the party headquarters in Purba Bardhaman, where the state’s saffron camp president, Dilip Ghosh, was holding a press meet.

District BJP leader Indranil Goswami, as he was stopped from setting foot in the office, claimed that only some of his colleagues are calling the shots in the party, and misguiding the top leadership.

He, however, clarified that he holds the state BJP chief in high regard.

He also confronted the district leader asking him why he “created a scene”, but walked away as Goswami tried explaining the reason to him.

“I have full respect for Dilipda and state leaders. My grudge is against some district leaders who are calling the shots in the party and misleading the top brass. These people don’t understand the sentiment of ordinary BJP members,” Goswami told reporters.

Somyraj Bandyopadhyay, another district unit leader, said not everyone was allowed inside the party headquarters in Purba Bardhaman, as Ghosh was conducting a press meet.

Taking a jibe at the saffron camp, TMC Birbhum district chief Anubrata Mondal said, “The BJP doesn’t know how to show respect to its loyal workers.”