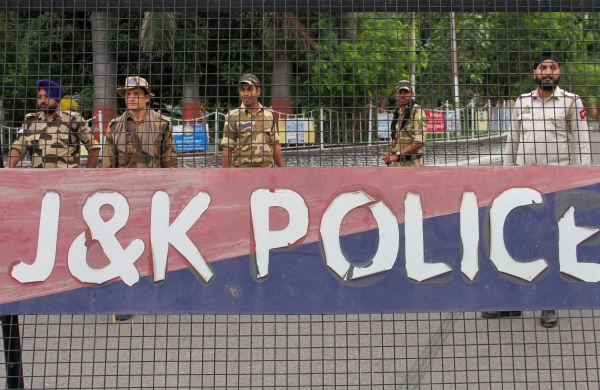 By PTI
SRINAGAR: Authorities sealed off the martyrs’ graveyard in the old city area here on Tuesday to prevent people from assembling to commemorate the killing of 22 people, who were protesting against the autocratic rule in Jammu and Kashmir, by Dogra forces on this day in 1931.

The entry to the graveyard inside Naqshband Sahib Shrine in Khawaja Bazaar near Nowhatta was sealed and security forces were deployed around the area to prevent anyone going inside, officials said.

The National Conference (NC) and the PDP had applied to the Srinagar district magistrate for permission to visit the graveyard for paying tributes to the martyrs of 1931 but they were not allowed.

The NC on Monday had accused the administration of using dilly-dallying tactics of not allowing the party leaders to offer homage to the July 13, 1931 martyrs.

The party said it had sought permission from the administration to offer ‘Fateha’ (special prayers) and floral tributes at Mazar-e Shohada (martyrs’ graveyard) at Khawaja Bazaar area of the city here.

“However, the administration till this evening has not responded to our repeated calls, NC spokesperson Imran Nabi Dar had said in a statement.

The party took strong exception to the measure and decried the dilly-dallying tactics of the government, calling it unfortunate.

Dar said the party had decided to refrain from holding a big commemorative function at the spot because of the ongoing pandemic and Covid SOPs.

The People’s Democratic Party also said that the party had sought permission from the Srinagar district administration, but there was no response from the authorities.

The NC on Tuesday took to Twitter to pay tributes to the martyrs.

“July 13, 1931 marks the assertion of JK’s IDENTITY and RIGHTS of its people. The martyrs of July 13, will continue to be a beacon of LIGHT for us and for the coming generations,” party vice president Omar Abdullah was quoted as saying in a tweet on NC’s official Twitter handle.

PDP president Mehbooba Mufti also took to Twitter to express her outrage over the locking down of the graveyard.

“Today on the occasion of Martyrs’ day, gates leading to their graveyards have been locked up. Attempts to distort & rewrite Kashmir’s history is being done only to create a sense of defeat & helplessness amongst Kashmiris,” she said.

Meanwhile, normal life in some parts of Kashmir was affected due to the strike called by the moderate faction of Hurriyat Conference.

Shops and other business establishments in the commercial hub of Lal Chowk, adjoining areas and old city remained closed due to the strike.

“July 13 1931 was the turning point in the contemporary history of Kashmir when 22 Kashmiris killed in cold blood by the ruler of the day became its first martyrs and led to the launch of a political agitation by the people of Kashmir for their political and economic unshackling,’ the Hurriyat said in a statement.

It said to this day, the people of Kashmir are struggling for the realisation of that aspiration, having lost tens of thousands of lives since and being devastated by a conflict over the land”.

“The people of Kashmir have always honoured these martyrs on this day and commemorated it as the martyrs’ day by holding rallies at the martyrs graveyard to pay tributes to them and observed a protest strike in their memory,” it said.

July 13 was a public holiday in the erstwhile state of Jammu and Kashmir and a grand official function was held every year on this day where the chief minister or the governor would be the chief guest.

The holiday was cancelled and all official ceremonies stopped in 2020 after abrogation of article 370 and splitting of Jammu and Kashmir state into two union territories.