Uttar Pradesh: Twelve killed in separate incidents of lightning in the last 24 hours 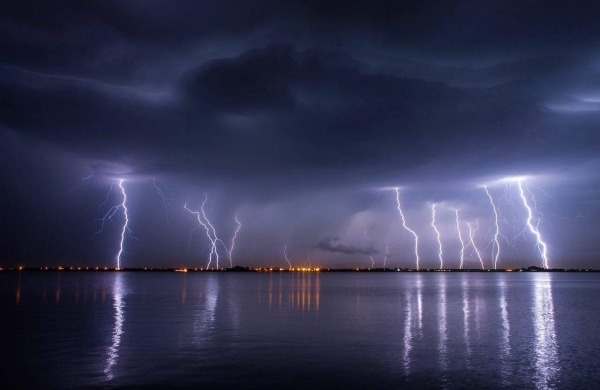 By PTI
FIROZABAD: At least 12 people were killed in separate incidents of lightning in Fatehpur, Kaushambi and Firozabad districts of the state in the last 24 hours, officials said on Monday.

Five people including three women died in Fatehpur, three were killed in Firozabad and four in Kaushambi, they said.

Those who died in Fatehpur on Sunday were identified as Sonia (54) from Kaundra village, Mathura (37), a resident of Sarkandi village, Shivkali (60) from Aalampur village, Kaushalya Devi (50), hailing from Bhikhnipur village, and Dinesh Kumar Pal (35), a resident of Barua village.

Two brothers sustained injuries due to lightning in Gumdapur village in Kalyanpur area, police said, adding that they were rushed to a hospital, where their condition is stated to be stable.

In Firozabad, farmers Hemraj (50) and Ramsevak (40) of Nagal Umar in Shikohabad were struck by lightning on Sunday and died.

In a separate incident in Nagla Chant village in the same area, farmer Amar Singh (60) died due to lightning.

Uttar Pradesh Chief Minister Yogi Adityanath has directed all the district magistrates to provide due relief and compensation to those who have died.