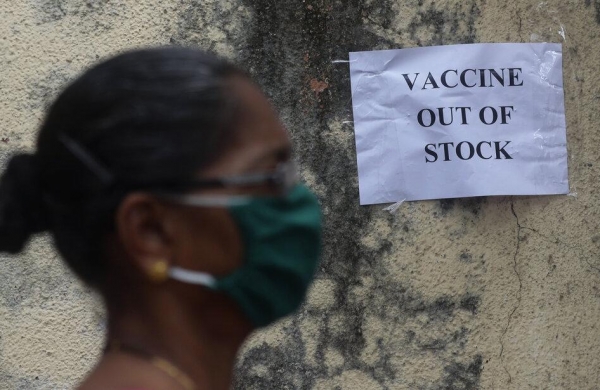 By PTI
JAIPUR: COVID-19 inoculation sessions were not conducted in at least 25 of Rajasthan’s 33 districts on Monday due to vaccine shortage, an official said.

“The state had only 10,000 doses on Monday. So, vaccination sessions could not be conducted in about 25 districts of the state,” Health Secretary Siddharth Mahajan said.

Rajasthan will receive eight lakh doses on Monday night and this will be consumed in the next two days, he said.

Mahajan said that the state had demanded 1.5 crore anti-Covid vaccine doses for July, but the Centre allocated 65 lakh doses.

The officials said that a large number of people need to be vaccinated for the second dose in July for which adequate supply is required.

Rajasthan has also written to the Centre to give the vaccine doses allocated to private hospitals to the state government, Mahajan said.

According to the health department, from June 21 to July 8, the state had received 31.63 lakh vaccine doses from the Centre.

During this period, 48 lakh people were vaccinated against the coronavirus and among the doses administered, were also those which the state had purchased on its own expense.

On July 9, Rajasthan Chief Minister Ashok Gehlot in a letter to the Union health minister had urged the Centre to not only increase vaccine allocation, but also to allocate Rajasthan’s full quota, which also includes vaccines for private hospitals, to the state government.

Currently, daily vaccination is limited to the extent of supplies received from the central government, he had said.

The daily average of vaccine doses received, since the start of the vaccination drive for 18 years and above, has been around two to three lakh only, Gehlot said.

In Rajasthan, over 2.63 crore people have already received their first dose, and out of these, over 46 lakhs have received the second dose.