COVID-19 third wave might have set in on July 4, says Hyderabad scientist as he cautions against lowering guards 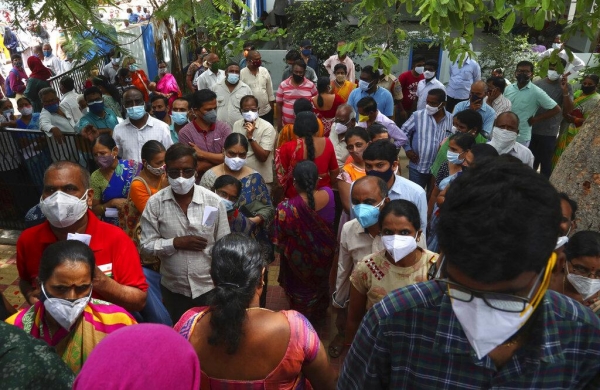 By PTI
HYDERABAD: A senior physicist, who was pro-vice chancellor of University of Hyderabad and has thoroughly analysed the COVID-19 pattern in India, said on Monday that the third wave appeared to have set in on July 4.

Dr Vipin Srivastava, who has developed a method to observe the pattern of the number of cases and deaths for the past 463 days, said July 4 appears to be similarto what it was during the first week of February this year when the second wave was said to have set in.

According to his analysis, whenever there is a crossover from an increasing trend to a decreasing trend in daily deaths or vice versa, the Daily Death Load (DDL) fluctuates ‘wildly’.

“We had such wild fluctuations in DDL,starting at the end of the first week of February though the daily deaths were on the order of 100 or even less and we were rejoicing that the pandemic was over! But what was in store was so devastating. A similar behaviour is beginning to show since July 4,” he told PTI.

With 37,154 new coronavirus infections, India’s total tally of COVID-19 cases rose to 3,08,74,376, while the total recoveries crossed three crore, according to the Union Health Ministry data updated on Monday.

The ministry stressed that more than 70 per cent of the deaths were due to comorbidities.

He said the bottom line was that having suffered a devastating second wave, people and administrations need to be extremely cautious and that any suspicion of the onset of a new wave should be treated with utmost care.

He however, said even a large negative DDL is not good because that indicates that the number of new cases added in 24 hours is catching up with the number of patients recovering during the same period.

Positive values of DDL are always “undesirable” as they are associated with the increasing number of deaths in 24 hour periods, the physicist said.

Meanwhile, the cumulative number of COVID-19 vaccine doses administered in the country has surpassed 38 crore, the Union Health Ministry said on Monday.

More than 37.03 lakh doses were administered on Monday, as per a provisional report till 7 pm.