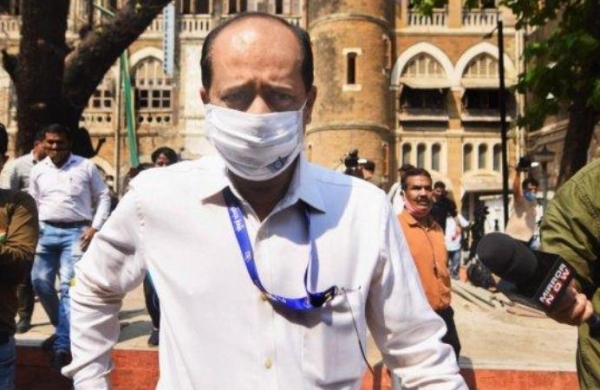 By PTI
MUMBAI: The Bombay High Court on Monday asked if Mumbai Police officers, who were behind the reinstatement of former assistant police inspector Sachin Waze in the service, could claim impunity on the ground that they were unaware of his past records and antecedents.

A bench of Justices SS Shinde and NJ Jamadar said that if one were to get into the “root” of the allegations of corruption made against former Maharashtra home minister Anil Deshmukh, one would prima facie see that Waze had been collecting the extortion money that Deshmukh allegedly asked him to.

“However, who was behind reinstating Waze into the city police force, the bench asked? “Can they say they didn’t know about his past?” the bench asked.

The bench posed the question to the Central Bureau of Investigation (CBI) conducting an inquiry against Deshmukh following allegations of corruption levelled against him by former Mumbai police commissioner Param Bir Singh.

The bench said it was saying, “at the cost of repetition,” that the CBI must not exclude any guilty party out of its probe.

“At the cost of repeating, we are saying that the investigation must be against all involved. The normal way is that as long as things are going well, no one says anything. Once a transfer happens, all sorts of allegations are made,” the bench said.

“If we get into the root of this matter, Waze was collecting money. So who was behind his reinstatement? Can someone now say that he was not aware of Waze’s past, his record etc. (while reinstating him)? That is why we are saying again and again that this episode was not a one-man thing. The crux of the HC order (directing a preliminary inquiry into the allegations) is to instil public confidence,” the HC said.

The high court’s observations came while it was hearing a plea filed by Deshmukh seeking that the FIR registered by the CBI against him be quashed.

He had denied the allegations against him.

Deshmukh’s counsel, senior advocate Amit Desai had said that the CBI probe was illegal since the agency had failed to take prior sanction to prosecute Deshmukh, who was at the time a public servant.

Appearing for the CBI, Additional Solicitor General Aman Lekhi told the high court that no sanction was required as Deshmukh hadn’t been discharging his official duties by indulging in corruption and misconduct.

Lekhi said the CBI probe didn’t warrant any interference from the court.

“The home minister (Deshmukh) gave a target to collect money to Waze. It’s not a minister’s job to give targets to police officers. This case is of maladministration and misgovernance,” Lekhi said.

“The minister was asking officers to conduct financial deals not mandated by the statute. This was outside of the realm of what a minister can do. A minister’s work can’t be lacking in legitimacy and be illicit. Since it was so in this case, such acts can’t be said to have been performed in the discharge of his official duties,” he said.

Besides, the provision to seek prior sanction under the Prevention of Corruption Act was not meant to protect wrongdoers, Lekhi said.

He further said that “no one” was outside the purview of the CBI’s probe.

The HC then asked what prevented the seniormost police officer in the state (ParamBir Singh) from initiating an inquiry against Deshmukh as soon as he got to know of the former minister’s alleged misconduct?

The court also asked the CBI for a copy of its probe report in the case.

It said it will return the report in a sealed envelope to the central agency after going through the same.

The HC closed all arguments on Deshmukh’s plea on Monday and reserved its verdict on the same.

Waze was reinstated last June after being under suspension for over 16 years for his alleged role in the Khwaja Yunus custodial death case.

In April this year, a bench led by Bombay HC chief justice Dipankar Datta had directed the CBI to conduct a preliminary inquiry against Deshmukh based on a complaint lodged at the Malabar Hill police station in the city, by lawyer Jaishri Patil.

In her complaint seeking a probe against both Deshmukh and Param Bir Singh, Patil had also attached a copy of the letter written by Singh to the Maharashtra Chief Minister Uddhav Thackeray making allegations against Deshmukh.

The CBI subsequently registered an FIR against Deshmukh on charges of corruption.

The agency said in its FIR that Deshmukh had had the knowledge of the reinstatement of former assistant police inspector Sachin Waze, and that he exercised undue interference in the transfers and postings of state police officers.

Waze, arrested by the National Investigation Agency (NIA) probing the recovery of an explosives-laden SUV from outside the residence of industrialist Mukesh Ambani in south Mumbai and the subsequent murder of Thane-based businessman Mansukh Hiran, was later sacked from the service.