All is not well in MVA? Congress wants to go solo in BMC polls, Sena praises Amit Shah 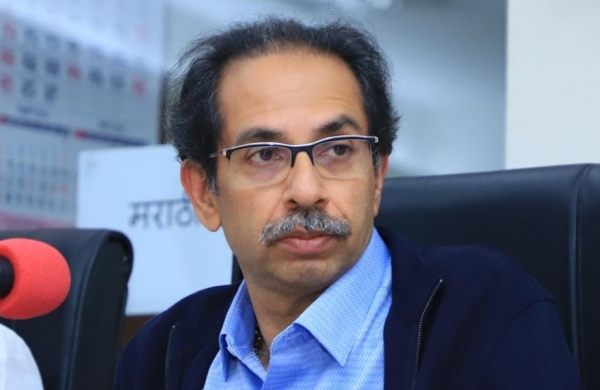 By PTI
MUMBAI: Congress leaders on Monday reiterated their demand to contest the Mumbai civic elections, due early next year, independently.

The Congress is part of the Shiv Sena-led Maha Vikas Aghadi (MVA) government in Maharashtra along with the NCP.

AICC general secretary in-charge of Maharashtra HK Patil on Monday held talks with former ministers, ex-chief ministers, and leaders who contested the 2019 Assembly polls on the Congress ticket to discuss the preparations for the elections to the Brihanmumbai Municipal Corporation (BMC) controlled by the Shiv Sena.

A senior Congress leader said the party leaders who had contested the last Lok Sabha elections didn’t turn up at the meeting.

“Patil heard the views of leaders who said the Congress should contest alone as it is a local boy election and workers need to be accommodated. He urged the Mumbai unit and all leaders to work unitedly and ensure that the party wins maximum seats,” the leader said.

He said Patil held discussions with office-bearers on how to strengthen the Congress in the Konkan region, from Palghar to Sindhudurg, the home turf of BJP MP and Union minister Narayan Rane.

Elections to ten municipal corporations including Mumbai, 27 Zilla Parishads and Panchayat Samities in their areas are due early next year.

In the 2017 BMC elections, the BJP had made giant strides by giving a tough fight to the Sena which scraped through to retain the civic body.

The Shiv Sena on Monday welcomed the Centre’s decision to create the cooperation ministry saying Home Minister Amit Shah, who has been given the additional charge of the new portfolio, will do a “good job” as he had been part of the cooperative movement in Gujarat.

An editorial in the party mouthpiece ‘Saamana’ also said that there is not much difference in the field of politics and the cooperative sector, and that “everything happens as per convenience”.

Notably, NCP chief Sharad Pawar, who is the architect of the Sena-headed Maha Vikas Aghadi (MVA) government in Maharashtra, on Sunday said the Centre cannot interfere in the state’s cooperative sector.

“If Amit Shah has decided to develop and expand the cooperative sector then there is no need to be disturbed. Attempts are being made to create fear among people that Shah will dig out old cases of leaders of the Congress and NCP and launch inquiries and will form a government in Maharashtra through ‘cooperation’. However, saying so is like defaming Shah,” the editorial said.

The Sena said Shah will do a good job as he had worked as an “activist in the cooperative movement in Gujarat before joining politics”.

“There is not much difference in the field of politics and the cooperative sector in terms of qualities like good and bad, true and false, moral and immoral. Everything happens as per convenience. Finally, everyone is the same in politics,” it said.

The Central government recently carved out a new ministry for cooperation, which earlier was a small department in the Ministry of Agriculture and Farmers Welfare.

Amit Shah on Saturday said the government is determined to make cooperatives and all cooperative institutions more empowered.