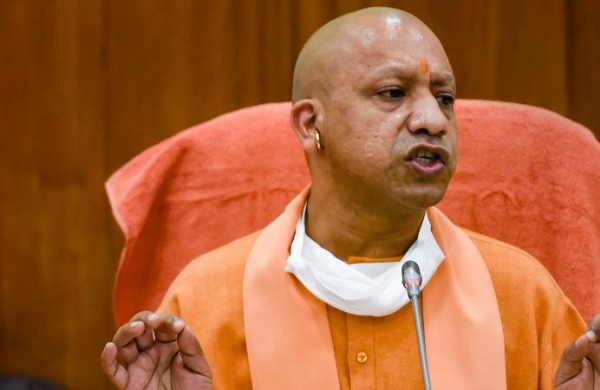 By ANI
LUCKNOW: Attributing Bharatiya Janata Party’s massive victory in the three-tier panchayat elections to the hard work of the party workers and the welfare policies of the government, Uttar Pradesh Chief Minister Yogi Adityanath on Saturday said that the win reflects the people’s ‘unwavering faith’ in the policies of the BJP government.

Uttar Pradesh Chief Minister attributed Bharatiya Janata Party’s massive victory in the three-tier panchayat elections to the hard work of the workers and the welfare policies of the government. Addressing a press conference at the party’s state office, he said on Saturday that the victory of BJP in the three-tier panchayat elections is actually the result of teamwork.

He said, “As per the trends so far, the BJP seems to be winning 635 out of the total 825 seats. This number may increase further. He said that the party had fielded its candidates in 735 seats while candidates of its ally Apna Dal (S) were in the fray in 14 seats.”

“Apart from this, there were 76 seats where there was a friendly war between two BJP candidates. 75852 Kshetra Panchayat members elected 825 block panchayat heads. It was a huge electoral process that was conducted by the government with transparency,” said the UP CM.

He said that earlier in the 75 seats of district panchayat presidents, 73 of BJP and two of Apna Dal (S) were in the fray, in which BJP had won 66 and Apna Dal (S) candidate was victorious in one. “The victory in the Panchayat elections shows that the people have unwavering faith in the policies of the BJP government”, said Adityanath.

Terming panchayat polls as one of the ‘biggest elections in the Indian democracy’, he said that amid the difficult times of the COVID-19 pandemic, the BJP workers led to the party’s victory with their hard work and dedication.

Stating that many BJP workers contracted COVID-19 infection and many succumbed to the disease, the UP CM condoled their deaths. “While lakhs of workers made an invaluable contribution in the successful completion of the voting. During this, some people also came under the grip of Coronavirus and some died untimely. The government pays deep condolences to their families. Along with giving financial help to their dependents, the government will also give a job to a member,” said Adityanath.