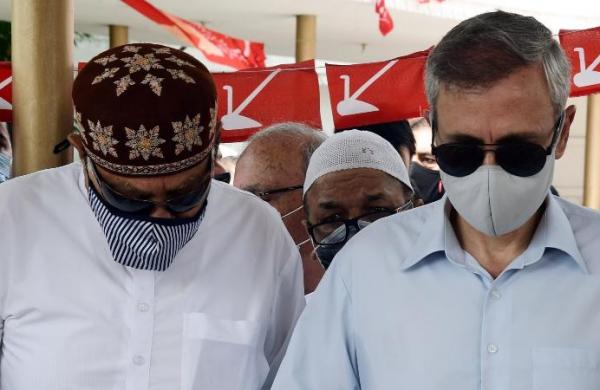 By PTI
SRINAGAR: Amid criticism that National Conference’s proposal to the Delimitation Commission in Jammu echoed BJP’s demands, party president Farooq Abdullah on Sunday said the issues in the two regions of the union territory were different from each other.

Speaking to reporters after paying floral tributes to his mother Begam Akbar Jehan at her mausoleum on the occasion of her 21st death anniversary, Abdullah said the different issues projected by the party’s Jammu unit should not worry the people.

Why are you worried? the NC president told reporters when asked about the criticism by some quarters that the party’s proposal to the commission in Jammu echoed the BJP demands in framing a new criterion to delimit constituencies.

In a reply to a question over the situation in Afghanistan and whether it would have any effect on Kashmir, Abdullah said he prays to God to bring peace to that country.

Afghanistan is a separate country.

May God bring peace there and do whatever is right for the people there.

I cannot say anything more than this because I have no relation with Afghanistan, he said.

Earlier, Abdullah along with his son and NC vice president Omar Abdullah and other senior leaders of the party paid floral tributes at the mausoleum of Begam Akbar Jehan — wife of NC founder Sheikh Mohammad Abdullah.