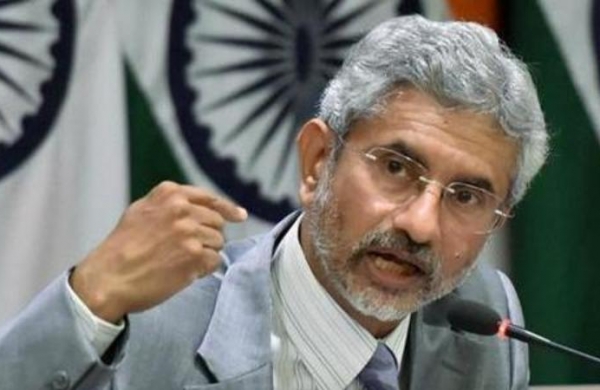 By Express News Service
NEW DELHI: External Affairs Minister S Jaishankar on Friday said India is concerned about the deteriorating security situation in Afghanistan and stressed that the legitimacy of those governing the war-torn country must not be ignored.

“Of course we are concerned at the direction of events in Afghanistan. The point right now we stress is that we must see a reduction in violence. Violence cannot be the solution for the situation in Afghanistan. At the end of the day, who governs Afghanistan has a legitimacy aspect. I think that is something which cannot and should not be ignored,” Jaishankar said during a joint press conference with his Russian counterpart Sergey Lavrov in Moscow.

The minister’s remarks come amid the Taliban announcing that it now controls 85% of Afghan territory and the Pentagon saying that withdrawal of troops from the country is over 90% complete. Following withdrawal of troops, the Taliban has made rapid strides and pushed the country on the brink of a civil war. Under a deal with Taliban, the US and its allies agreed to withdraw troops in return for a commitment that the militants would prevent extremists from operating in areas they control.

Jaishankar said conferences and discussions have been held internationally on how to stabilise Afghanistan for over 30 years now. “The reason for this is that it (security in Afghanistan) has proven implications for regional security and regional stability,” he said and added that India and Russia have to work together to ensure progress in economic and social realms in Afghanistan.

India, a major stakeholder in the peace and stability of Afghanistan, has been supporting intra-Afghan dialogue and has emphasised that the peace process should be Afghan-led, Afghan-owned and Afghan-controlled.

New Delhi has development partnership of around $3 billion, including more than 550 Community Development Projects covering all 34 provinces, aimed at making Afghanistan a self-sustaining nation.

On his discussions with Lavrov, Jaishankar said India has always seen its relationship with Russia as a contribution to global peace, security and stability.

External Affairs Minister S Jaishankar is on a two-day visit to Georgia, where he will hold talks with his counterpart David Zalkaliani. He reached Georgia on Friday. The visit is the first by an Indian external affairs minister since Georgia gained independence from the Soviet Union in 1991. It is also seen as a tit-for-tat gesture to Russian Foreign Minister Sergey Lavrov’s visit to Islamabad from New Delhi in April.

Jaishankar was on a two-day to visit to Russia where he met among others Lavrov and Russian deputy PM Yuri Borisov. Tensions are high between Russia and Georgia since the war in 2008, following which two regions of Georgia declared independence with Russia’s support. New Delhi does not recognise either region as separate countries.