Union and Delhi government seem to have adopted ‘my way or high way’ approach: Supreme Court 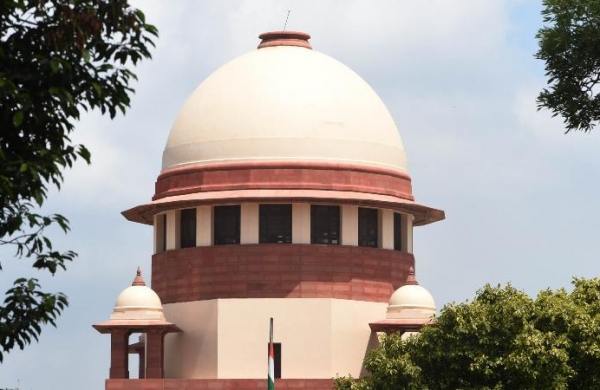 By PTI
NEW DELHI: “Long and repeated battles” between the Union and the Delhi government came under scanner of the Supreme Court which on Thursday said both of them seemed to have adopted “my way or the high way” approach making governance and needing collaboration difficult.

The observations on the continuing face off between the two governments came in a judgement by which the top court held that the Delhi Legislative Assembly and its committee have the power to compel attendance of members and outsiders.

It also dismissed the plea of Facebook India Vice President and MD Ajit Mohan and others challenging the summons issued by the house for failing to appear before it as witness in connection with the north-east Delhi riots last year.

“No governance model requiring such collaboration can work if either of the two sides take a ‘my way or the high way’ approach - which both seem to have adopted,” said a bench comprising justices S K Kaul, Dinesh Maheshwari and Hrishikesh Roy.

The power tussle between Centre and the Delhi government has been going on since 2014 and a five-judge Constitution bench headed by the then CJI Dipak Misra in July 2018 had ruled that the Lieutenant Governor has no independent power to take decisions and is bound by the elected government’s advice.

In today’s judgement, the top court advised the Centre and the Delhi government on collaborative governance and asked the AAP government to recognize the constitutional scheme of division of powers.

Simultaneously, it said that the Centre is required to work in tandem with a different political dispensation.

“The political dispensation which is in power in the State has to recognize the constitutional scheme of division of powers in Delhi which circumscribes their ability to work only within those powers. When they got elected, they knew what they were getting elected for  not what they thought should be the division of powers.

“On the other hand, the Central Government is required to work in tandem, albeit with a different political dispensation. Maturity is required from both sides and we have to reluctantly note the absence of such maturity in this important inter- relationship,” it said.

To work well, the Central Government and the State Government have to walk “hand in hand or at least walk side by side for better governance,” it said.

“The failure to do so is really a breach of their respective electoral mandate, the seven Lok Sabha seats are all held by the powers that be in the Central Government but a very different result came in the Assembly Elections. This has seen a repeat,” it said.

It is a reflection of the maturity of the electorate which has chosen to put one dispensation in power in the Centre while seeking to choose another in the State as the roles are divergent, it said.

The two governments “unfortunately do not seek to recognize this aspect,” it said, adding that it is the bane of this structure requiring collaboration and concurrence and unfortunately, it has become an endeavour to score points over the other.

Writing the 188-page verdict, Justice Kaul said an unfortunate violent incident had erupted and “the need to go into this incident both from a legal and social perspective cannot be belittled.”

It is in this background that the Assembly sought to constitute a peace and harmony committee , the verdict said.

“However, we may note that the long and repeated battles between the State and the Centre appear to have cast a shadow even over the well-meaning intent of the Committee to assess peace and harmony as reflected in the Terms of Reference,” it said while holding that the Delhi assembly and its panels have the right to summon a member and others to come and depose.

The top court referred to the unique history related to collaborative administration of the national capital and said the “my way or the high way” approach, seemingly adopted by both the governments, have made the governance difficult.

“We may record that the Central Government and the State Government have been unable to see eye to eye on governance issues in Delhi. This has been responsible for a spate of litigation and despite repeated judicial counsel to work in tandem, this endeavour has not been successful,” it said.

“There is little doubt that the constitution of the governance model in Delhi is somewhat unique” it said adding that “this itself flows from Delhi being the capital of the country and it has had a history of having an assembly replaced by a model of Union Territory governance through executive councillors”.

“There were long years of tussle to have a Legislative Assembly with commonality of objectives across the primary political space, but whoever was in governance found it difficult to let go,” it said.

The model that came into being had somewhat of a hybrid character, giving an expanded role to the Central Government, it said.

“The arrangement worked well for many years even with different political dispensations in power in the Centre and the State. But the last few years have seen an unfortunate tussle on every aspect with the State Government seeking to exercise powers as any other Assembly and the Central Government unwilling to let them do so,” it said.