Inauguration of crop insurance week under Amrit Mahotsav of Azadi 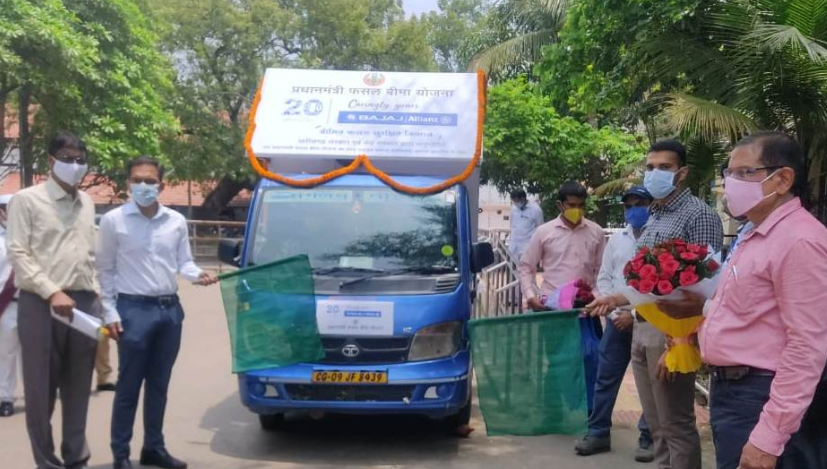 “Crop Insurance Week” is being organized to bring more and more farmers under insurance cover by bringing public awareness to the farmers in the current Kharif season in areas with less insurance cover of Raipur district. Publicity for the promotion of Prime Minister’s crop insurance scheme by Collector Saurabh Kumar and Chief Executive Officer, District Panchayat Shri Mayank Chaturvedi from Collectorate Complex Raipur. The Prasar Rath was flagged off. This chariot will travel in 56 gram panchayats of the district.

It is worth mentioning that on the 75th anniversary of independence, ‘Crop Insurance Week’ is being organized from July 1 to July 7 through ‘Amrit Mahotsav Abhiyan of India’. Agriculture Production Commissioner and Collector Raipur has asked all the 126 service cooperative societies of the district to get applications from maximum farmers and ask them to benefit from crop insurance. Similarly, the target of getting crop insurance has also been given to senior agricultural development officers of all the four development blocks.

On the first day, Prime Minister’s crop insurance was promoted by Rath in 16 gram panchayat of Abhanpur block. The District In-charge of the Deputy Director Agriculture and Crop Insurance Company was also directed by the Collector to bring more and more farmers of the district under the purview of crop insurance.