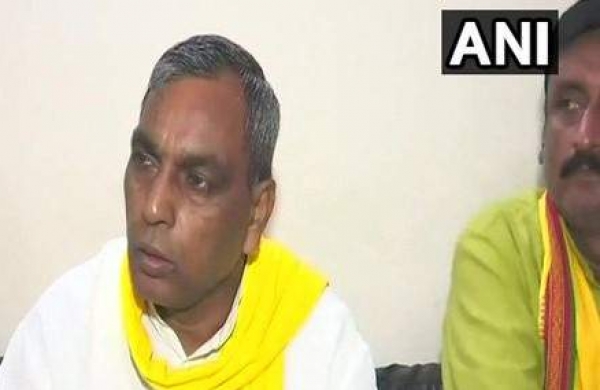 Talking to ANI, Rajbhar gives insight into his formula and said the five Chief Ministers will be from five different communities in an effort to give equal representation to all partners in the coalition.

He added that Bhagidari Sankalp Morcha, a coalition of 10 parties, will contest the election from all 403 seats in the state and “will more than 300 seats to form the government.”

The SBSP leader, who was earlier part of the NDA government in Uttar Pradesh, said all parties contest elections based on caste and “caste is the reality of the society”.

“Not like getting backward class votes in the names on Keshav Prasad Maurya and when it’s time to appoint Chief Minister, bring one from Uttarakhand. People of backward castes are waiting for their turn to get the post of Chief Minister. If becoming Chief Minister depends on votes, I said why not form a coalition and become Chief Minister turn by turn,” he said.

“Every party distributes tickets based on caste and vote bank. Postings of government officers are done based on caste. People might say what they want, but caste-based politics is the reality of society,” Rajbhar added.

When asked about All India Majlis-e-Ittehadul Muslimeen (AIMIM) chief Asaduddin Owaisi’s claim of contesting on 100 seats in upcoming Assembly elections in Uttar Pradesh under Bhagidari Sankalp Morcha, Rajbhar said seat sharing has not been finalised yet.

“We haven’t had talks about seat-sharing yet. If you would properly read the statement, you’d understand it correctly. It was said they are preparing to contest on 100 seats. There is no dispute in the coalition regarding seat sharing. We have yet to have a meeting regarding seat-sharing,” he said.

Rajbhar’s statement came after Owaisi on June 27 said that his party will field candidates on 100 seats in the Uttar Pradesh Assembly elections scheduled to be held next year.

Owaisi had said that his political party is in alliance with Om Prakash Rajbhar’s Bhagidari Sankalp Morcha, a coalition led by SBSP.