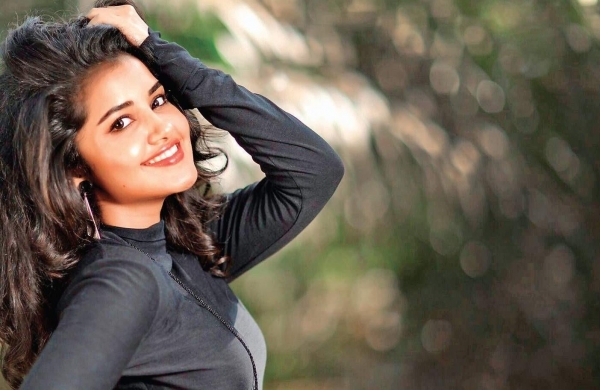 Express News Service
PATNA: It was not quite another Sunny Leone moment. But a male candidate who appeared for the State Teacher Eligibility Test (STET) in Bihar got a result sheet with the picture of famous South Indian actress Anupama Parameswaran on Thursday.

As soon as the result sheet went viral on social media, officials of the education department went into a tizzy to find out whose fault had led to the embarrassment.

The candidate Rishikesh Kumar, son of Ripusudan Prasad, had cleared the STET examination and his result was declared on Tuesday, but upon getting his result sheet, he was stunned to see the picture of the Malayalam actress in place of his.

“I contacted the department for rectifying the mistake but no one heeded my request,” he told the media.

Meanwhile, additional chief secretary of education Sanjay Kumar told the media that a probe has been ordered to ascertain how such a blunder came to pass.

It may be noted that this is not the first such instance of such a goof-up happening. Earlier in Bihar, the names of Bollywood actor Emraan Hashmi and actress Sunny Leone have also made it to admit cards in other examinations.

Last year, after the first phase of Covid, a case of discrepancy in the online graduation part-2 examination form of a student of Bihar University was spotted when the name of the father was stated to be Emraan Hashmi and mother’s name was given as Sunny Leone with the address in Muzaffarpur’s red-light area.

The above incident too went viral on social media and caused a grave loss of face to the university.

A year before that, the toppers list of Junior Engineer Examination was released by the Public Health Engineering Department of Bihar, and Sunny Leone again emerged first with a total of 98.5 marks.

When it was exposed, Leader of Opposition of Bihar, Tejashwi Yadav had attacked the government saying “make a fake topper, get a fake job”.

On Thursday, Yadav took to twitter and said, “After making Sunny Leone topper in the Junior Engineer examination of Bihar, now Malayalam actress Anupama Parameswaran has been passed the #STET exam. Nitish ji is ruining the lives of crores of youth by rigging every examination and resumption.  It takes a decade to complete a restoration that, too, rigged.”

Ritu Jaiswal, RJD’s candidate from Parihar seat of Sitamarhi in the Bihar assembly elections, tweeted, “Scam, that too with the future of the youth! The government with such lowly and lousy thinking, the scamster ‘Officer Raj’, should die. People from all over the country used to come to get education at the ancient Nalanda University. Now the famous Malayalam actress has come in the list of (those) getting jobs in Bihar.”