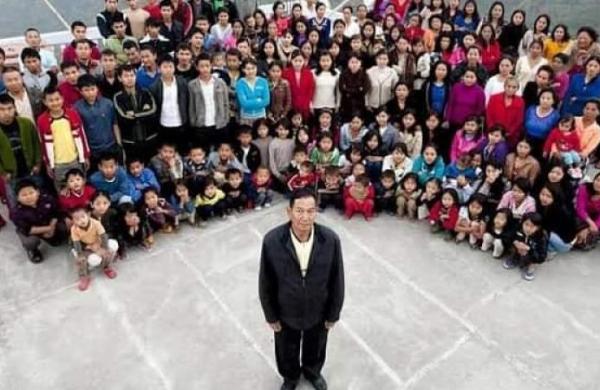 Express News Service
GUWAHATI: At a time when Assam has come up with a two-child population policy, a Mizoram minister has announced a cash prize of Rs 1 lakh for the family with the highest number of children in his constituency.

By announcing the prize on Father’s Day, Sports Minister Robert Romawia Royte of the Mizo National Front is seeking to encourage the Mizos to plan big families. He said the winner will also get a certificate and a trophy.

The land-locked state’s population growth has been declining over the past many years.

A football buff, Royte represents the Aizawl East II constituency and is the proud owner of Aizawl Football Club, widely known as Aizawl FC. The prize will be sponsored by North East Consultancy Services, which is the official sponsor of the football club.

Royte said Mizoram’s density of population per sq km is only 52 compared to the national average of 382.

“Our dwindling population growth and infertility rate have been a major cause of concern for many years,” he said.

According to the 2011 census, Mizoram has a population of 10.91 lakh and it is the second least populous state in the country. The state covers an area of around 21,087 sq km, about 91% of which is forested. The Mizos are the largest community.

While Mizoram is seeking to increase its population, Assam is trying to control it, especially among migrant Muslims.

The “Population and Women Empowerment Policy of Assam” says persons with more than two children will not be eligible for government jobs and they cannot become members of panchayat and civic bodies. Such families will also not be considered for various benefits under government schemes. The policy came into effect from January 1 this year.