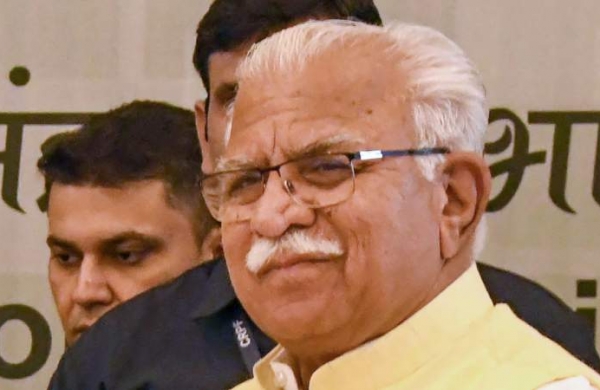 By PTI
CHANDIGARH: A delegation of farmers backing the Centre’s farm laws met Haryana Chief Minister Manohar Lal Khattar here on Tuesday and was advised to form a group of 30-40 members having factual knowledge about the legislations to spread awareness about them in every village of the state.

The delegation was led by Bharatiya Kisan Union Haryana State leader Guni Prakash, according to a state government statement.

Prakash said the ongoing protest against the Centre’s farm laws was political in nature and that the “real farmers” were in favour of the legislations.

Khattar said, “Rather than agitating against the farm laws, every farmer should be well versed about the benefits of these laws so that those who are trying to spread misinformation and mislead them fail to attain their vested interests.”

He suggested that, if needed, farmers should be given training to help them get ample knowledge about these laws and for creating further awareness.

Prakash submitted a letter of support to the chief minister on the farm laws and said that “from day one the real farmers are in favour of these legislations, while the so-called farmers have given a political colour to this peaceful movement and the real farmers like us are bearing the brunt”.

“Those agitating on Delhi borders are political representatives,” he said, according to the statement.

Speaking on the occasion, Khattar said that the state government is committed to safeguarding the interest of farmers and farming community and several steps have been taken in this direction.

Implementation of the Mera Pani Meri Virasat Yojana for water conservation is one such step, he said.

The delegation also invited the chief minister to attend a progressive farmers’ programme as chief guest that is likely to be held at Kurukshetra.

Farmers owing allegiance to the Samyukt Kisan Morcha (SKM), a body spearheading agitation against the farm laws, have been opposing public functions of leaders of the state’s ruling BJP-JJP coalition.

Several farmers under the SKM banner have been camping at Delhi’s borders since November last year demanding that the Farmers’ Produce Trade and Commerce (Promotion and Facilitation) Act, 2020, the Farmers’ (Empowerment and Protection) Agreement on Price Assurance and Farm Services Act, 2020 and the Essential Commodities (Amendment) Act, 2020 be rolled back and a new law made to guarantee minimum support price for crops.

The government has maintained the laws are pro-farmer.