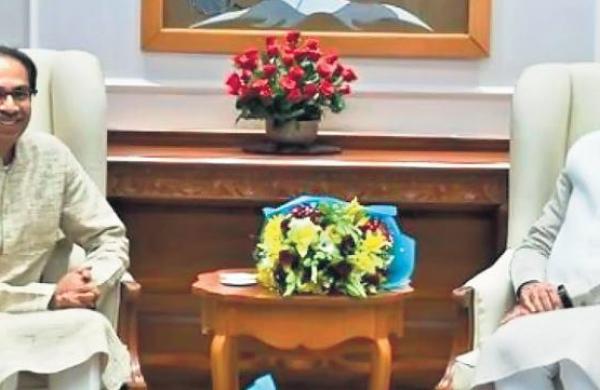 Express News Service
BJP, RSS find their Maratha face The BJP and the RSS have zoomed in on Ashish Shelar for grooming another strong face in Maharashtra apart from former chief minister Devendra Fadnavis. Shelar, the second-time BJP MLA from Bandra– East, shares cordial ties with Amit Shah. Shelar joined RSS in school days and completed Prathamik Varsha course. He went on to join ABVP in college and successfully rose to the leading position of Mumbai Secretary of ABVP. During his brief stint as a minister, Shelar did significant work in the education sector. As a Maratha leader, he has acceptance not only in the party’s rank and file but also in the rural hinterland. Fadnavis, a Brahmin, never managed to strike a chord with the Maratha masses. Shelar was instructed by the RSS and BJP leaders to visit every nook and corner of the state and connect with the masses. Once this social engineering is done, Shelar may be in for a big responsibility in the state.

Maratha quota stir: BJP unhappy with SambhajiChatrapati Sambhaji leading the Maratha agitations has lead to an uncomfortable situation with the BJP. The saffron leadership obviously is not happy with its Rajya Sabha MP. Now, the Maha Vikas Aghadi wants to tap this acrimony and plans to widen the gap between Sambhaji and BJP further. Sambhaji had sought to meet Prime Minister Narendra Modi to discuss the Maratha quota and wrote three letters seeking an appointment, but to no avail. This, perhaps, made the MP resolute in his support for the quota demand.  BJP state president Chandrakant Patil slammed Sambhaji and reminded him that he is an MP only because of the BJP. Sambhaji shot back saying he did not go to the BJP office seeking a Rajya Sabha ticket; it was the BJP that came to his doorstep with the request.

Uddhav Thackeray’s mind games with NCPAfter Sharad Pawar and Praful Patel met BJP leader Amit Shah in Ahmedabad at a businessman’s residence, Shiv Sena president Uddhav Thackeray decided to hobnob with the senior BJP leader and PM Modi to send an indirect signal that Sena can patch with BJP if need arises. In the meeting with Uddhav, Modi is said to have given an offer to the Sena chief of continuing as chief minister while he would have two deputies from BJP. Also, an equal number of seats were on offer in both the state and general elections. Moreover, Sena will be given good portfolios in the Union Cabinet expansion. Uddhav, however, has not responded to the offer yet.

Patole seeks Vastu help to fulfill CM dreamMaharashtra Congress president Nana Patole, the OBC face of the party, is said to nurture ambitions of becoming the chief minister of Maharashtra. Patole refused to sit at the Congress office at Tilak Bhavan, Dadar saying it was not Vastu compliant. Such is his belief in Vastu that he changed the entire seating arrangement at the Dadar office. He also did pooja and havan at Tilak Bhavan. Astrologers have apparently told Patole that all his obstacles are now cleared and none can stop him from becoming the chief minister. The Sena and Congress, adversaries for decades, formed the government along with the NCP after Uddhav Thackeray fell out with the BJP.