‘Mahapanchayat’ over blockade: Clear one side of road connecting Singhu border, farmers told 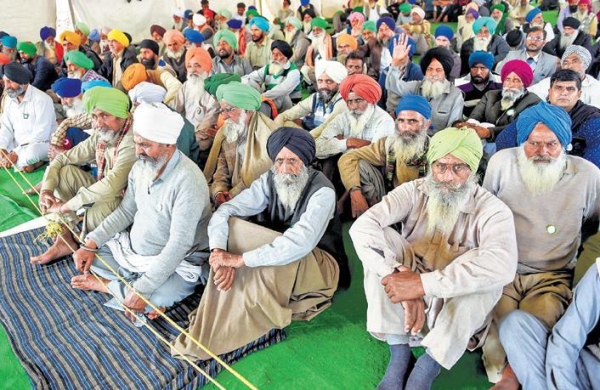 By PTI
CHANDIGARH: People from around 20 villages held a “mahapanchayat” in Haryana’s Sonipat, demanding from farmers protesting the Centre’s farm laws to open a side of the road connecting their area to the Delhi’s Singhu border.

“People who need to travel for their jobs are facing a lot of problems. Students who go for their tuition and coaching classes are also hit. The industrial units and several shops are facing heavy losses. We have no issue with farmers, we are not against them but as citizens, we too have equal rights,” Ramphal Saroha, who presided over the event, told reporters in Sonipat’s Sersa village.

“The entire road has been blocked by protesters for the past seven months. We are demanding that one side of it should be cleared as people in the area are facing a lot of difficulties,” Saroha said.

He said they have given 10 days to the farmers to meet their demand.

If not done, even a bigger mahapanchayat will be held in Delhi, in which over 100 villages from Kundli, Narela and other adjoining areas of Haryana and Delhi will take part, he said.

Saroha said nearly 15 villages of Haryana close to the Kundli border and five of Delhi near the Singhu border took part in the event.

Saroha said several farmers in the area too are facing problems in taking their vegetables to mandis.

Farmers have been camping at Delhi’s borders since November last year demanding that the Farmers’ Produce Trade and Commerce (Promotion and Facilitation) Act, 2020; Farmers’ (Empowerment and Protection) Agreement on Price Assurance and Farm Services Act, 2020; and the Essential Commodities (Amendment) Act, 2020 be rolled back and a new law made to guarantee minimum support price for crops.