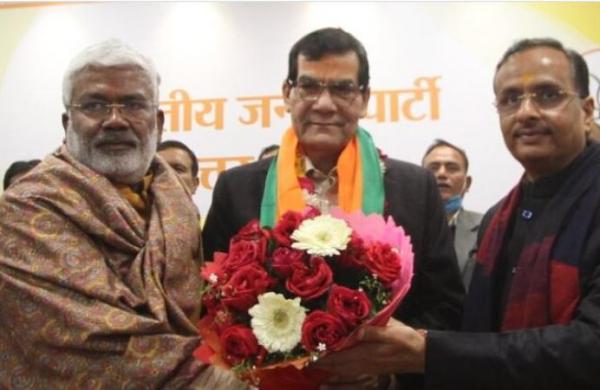 Further, Archana Mishra and Amit Balmiki have been appointed as the Pradesh Mantris.

With Uttar Pradesh slated to go to polls next year, BJP has decided to strengthen the party’s organisation in the state.

According to sources, based on the feedback from the review meetings, the ruling BJP has held deliberations on the party’s organisation in Uttar Pradesh.

A Bhumihar by caste, Sharma is a postgraduate in political science from Allahabad University and hails from Kajha Khurd village in Muhammadabad Gohna tehsil in Mau district in eastern UP. He joined Modi as the secretary in October 2001 when the former took over as the Gujarat CM. He continued to work with him in the PMO from 2014 onward as well and took over as the MSME secretary in April 2020.

Elections to 403 Assembly seats in Uttar Pradesh are due in 2022. In 2017, the BJP had registered a landslide victory polls winning over 300 seats. The Assembly polls will be the biggest litmus test of the BJP ahead of the 2024 Lok Sabha polls. Uttar Pradesh has 80 Lok Sabha constituencies, the highest amongst all states.

(With inputs from ANI, ENS)