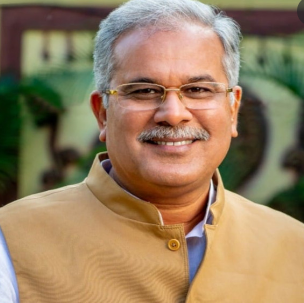 Remembering the father of journalism in Chhattisgarh and litterateur Pandit Madhavrao Sapre on his birth anniversary on June 19, Bhupesh Baghel said that Sapre ji’s creative and value-based writings have given a new direction to journalism in Chhattisgarh. Today the journalism of Chhattisgarh is prospering only on the foundation laid by him. In 1900, when there were not enough facilities and modern technology for publication, he started editing and publishing monthly Hindi magazine ‘Chhattisgarh Mitra’ in Pendra with the help of Vamanrao Lakhe ji and Ramrao Chincholkar ji. The story ‘Basket Bhar Mitti’ composed by Sapre ji has the distinction of being the first original Hindi story in Indian literature.
Shri Baghel said that Sapre ji has also made invaluable contribution in developing national and literary consciousness in Chhattisgarh through his writings. During the freedom struggle, his writings guided hundreds of Satyagrahis and inspired patriotism. Sapre ji was engaged in service to the country and literature throughout his life. Many of his articles and works were published. He gave birth to many institutions through which people came forward for the service of the country and public. The Chief Minister said that the personality and work of Sapre ji is inspiring for the general public including writers and journalists.