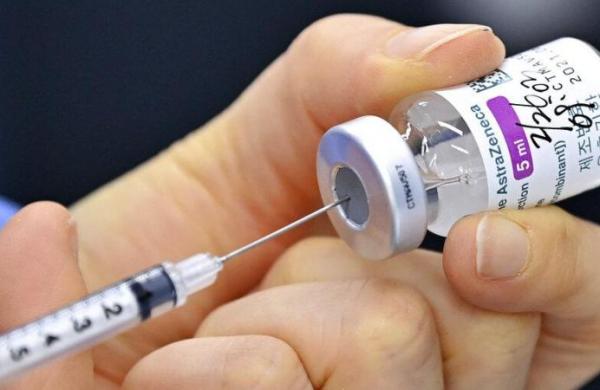 By PTI
NEW DELHI: Backing the 12-16 weeks gap between the two doses of Covishield in the country, the chief investigator of the AstraZeneca vaccine clinical trials on Friday said that the level of protection provided by one dose of the preventive significantly increases in the second and third months after the jab.

In an interview with The Wire, Professor Andrew Pollard said the immunization policy in Britain and India should not be compared because of the different circumstances in the two countries.

“An immunization policy that aims to vaccinate the largest number of people in the quickest possible time with at least one dose makes sense in the present circumstances in India,” Pollard, who is also the Director of the Oxford Vaccine Group, said.

The scientist noted that in India, the vast majority of the population is unvaccinated and, therefore, unprotected at a time when the Delta variant, first identified in the country, is “a widely spreading and increasing threat.”

Pollard, who is also Professor of Paediatric Infection and Immunity at Oxford University in the UK noted that AstraZeneca is not working on a single-dose vaccine.

“Two doses are needed. One may be good but the second isneeded to boost protection,” said the scientist.

He also said that his group is not planning or working on abooster or a third jab, saying it may not be “necessary”.

Pollard said that in a situation of vaccine shortage it makes sense to ensure a measure of protection for the widest number of people rather than provide a better level of protection for a smaller number of people He explained this by saying that one dose of the AstraZeneca vaccine, known as Covishield in India, provides above 70 per cent protection against serious illness and hospitalisation which has to be the main concern.

“One should not be deterred or deflected by the fact that one dose provides only 30 per cent protection against symptomatic illness,” the scientist said, adding symptomatic illness usually means nothing more than a cold, cough, and fever, which most people can easily handle.

He also noted that as more mutations and variants inevitably appear, symptomatic protection from vaccines is likely to diminish.

“What we need to focus on is a high level of continuing protection against serious illness and hospitalisation,” Pollard said.

In India, the gap between two Covishield doses was four to six weeks, then increased to six to eight and is now 12-16.

Referring to the UK reducing its Covishield doses gap just as India increased its, Pollard said that Britain reduced the gap at a time when a substantial proportion of its population was already vaccinated.

“In India, the converse is the case. The vast majority of people are unvaccinated and unprotected. Therefore, you need to ensure that as many as possible are protected against serious illness and hospitalisation, even if that means a large number will have lower levels of protection against symptomatic infection,” the scientist explained.

Pollard said another sensible reason for extending the gap in circumstances where the supply of vaccine is short is that the level of the protection provided by one dose of AstraZeneca significantly increases in the second and third months after the jab.

AstraZeneca is an adenovirus vectored vaccine.

Scientists have engineered a version of adenoviruses that infect chimpanzees to carry the gene responsible for the spike protein of the coronavirus, which the virus usesto enter and infect human cells.