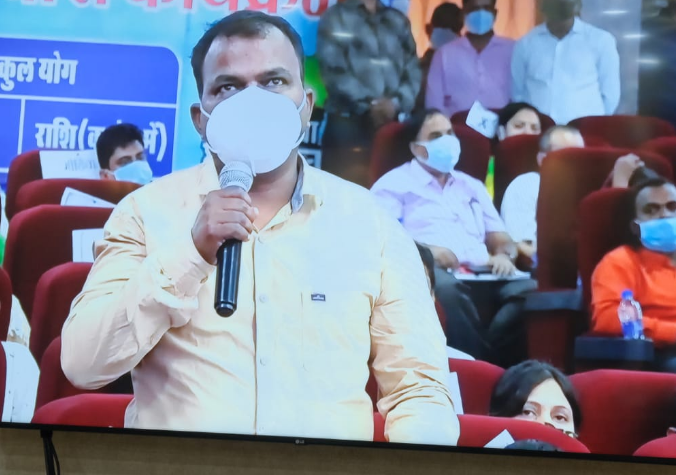 Today, when Bhupesh Baghel was discussing with the beneficiaries of the schemes during the inauguration and foundation stone of the development work of Korea district in the virtual program, during this he also had a discussion with the Director of Farmer Producer Organization Korea, Mr. Fayyaz Alam in the district.
Mr. Alam told Chief Minister Mr. Baghel that 573 farmers are associated with his Food Production Organization (THV), out of which 72 percent farmers are from tribal community. Expressing gratitude to the Chief Minister, he said that with the help of the Chief Minister, the organization got units like distillation, pulse mill, rice mill, oil mill and milk processing. They are taking their products to the masses through platforms like Khadi India, Tribes India, Khadi Village Industries, Handicrafts Board and Flipkart. Along with this, turmeric, lemongrass, sweet potato coming out of the collective garden are being sold through Krishi Vigyan Kendra. Mr. Alam told the Chief Minister that now his organization aims to achieve a turnover of Rs. 1.5 crore to Rs. 2 crore so that every farmer associated with the organization becomes financially empowered. Mr. Alam thanked Chief Minister Mr. Baghel for his farmer welfare schemes.