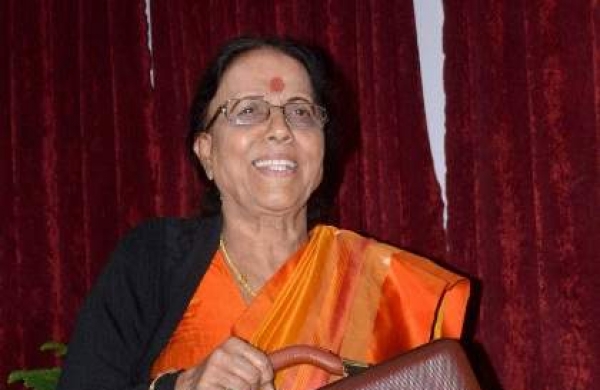 By Express News Service
DEHRADUN: Leader of Opposition in Uttarakhand Assembly and Indian National Congress MLA from Haldwani, Indira Hridayesh, passed away in Delhi on Sunday.

Uttarakhand state government has announced full day mourning on Monday when her last rites are scheduled to be held in Haldwani, Nainital district of Uttarakhand.

Hridayesh (80), who had gone to Delhi on Saturday to attend organisational meetings of the party for upcoming 2022 assembly polls in the state, suffered a heart attack.

Prime Minister Narendra Modi and many others expressed their condolences on her demise.

“Dr Indira Hridayesh Ji was at the forefront of several community service efforts. She made a mark as an effective legislator and also had rich administrative experience. Saddened by her demise. Condolences to her family and supporters,” PM Narendra Modi wrote on Twitter.

The veteran Congress leader is survived by her three sons and their families including grandchildren.

Hridayesh was selected for the legislative council in 1974 for the first time in undivided Uttar Pradesh followed by 3 more terms.

In year 2000, after Uttarakhand state was carved out of earstwhile UP, Hridayesh became member of the state legislative assembly.

She was elected for the state assembly in year 2017 from Haldwani.

Her sudden demise is a blow for Congress as she was one of the most important leaders of the state who has support of the masses and ample electoral as well as political experience.

Harish Rawat, former CM of Uttarakhand said, “She was one of the strongest pillars the state had. She was elder sister to me as well as the people of the state. Her sudden demise has left a void which can never be filled.”