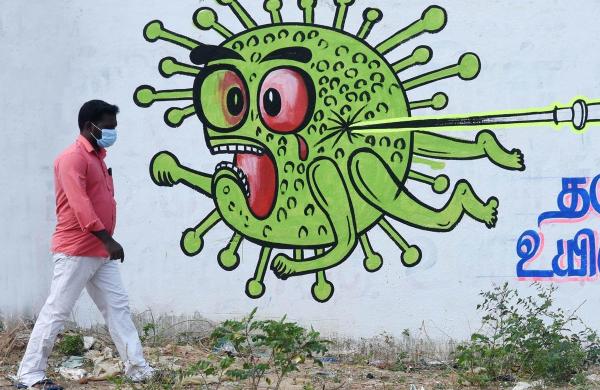 By PTI
THANE: Lack of jobs due to the COVID-19 pandemic has forced some young men who have college degrees to work as `nullah’ (drain) cleaners in the Mumbra area near here. But they are not ashamed.

No work is inferior and they have to support their families, said one of them. A group of around 20 persons from Diva in the district has been hired by a private contractor for nullah cleaning which is undertaken every year to prevent flooding during the monsoon.

Among them are some well-educatA group of around 20 persons from Diva in the district has been hired by a private contractor for nullah cleaning which is undertaken every year to prevent flooding during the monsoon.ed young men. Sameer (full name not disclosed) , who said he is a “double graduate”, is working with the contractor for the last three months.

“There are no jobs outside. Companies have closed due to the pandemic. One needs a job for earning a livelihood and to take care of the family,” he told a local news channel.

Anil, another worker, said he is an “IT engineer”. Some of them had white-collar jobs which they lost during the pandemic. To save on transport costs, they walk from Diva to Mumbra, a distance of over 10 km, everyday for work.

As they needed income, one of them approached an agent of the civic contractor who undertakes pre-monsoon works a few weeks ago, and expressed willingness to join his team of labourers.

The corporator of the ward in Mumbra where the work is underway said she felt sympathy for them as they had lost their regular jobs.

“I salute them for their work,” she added. “One should not look down upon any work. After all we have to survive and support the family. What if we are postgraduates or double graduates? Our degrees are not going to help us at present,” said another man.

“This job will last for a couple of weeks. Then we will have to look for another source of income,” he said.