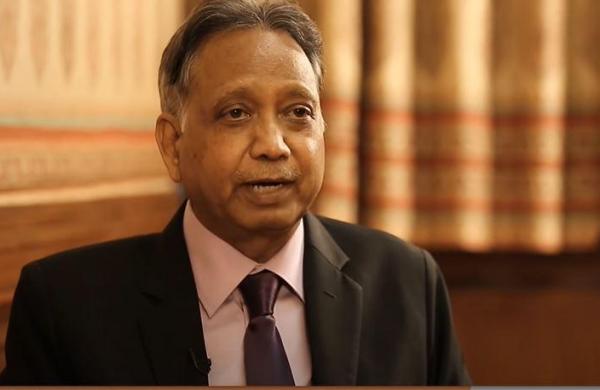 By Express News Service
JAIPUR: One of India’s top neurologist and Padma Shri awardee Dr. Ashok Panagariya passed away on Friday in Jaipur. For the past several weeks, 71-year-old Panagariya was battling post-COVID complications and was on ventilator support for a long time.

His lungs were damaged due to the infection which gripped him towards April-end. After battling the illness for 48 days, he succumbed on Friday afternoon. Though his condition had deteriorated sharply in the afternoon, he was sent home on ventilator support but barely an hour later, he was declared dead.

According to his close friends, he had got the second dose of Covishield vaccine from SMS Hospital. 10-12 days after getting the vaccine, he felt the symptoms of COVID and and was declared positive when tested.

The famous neurologist suffered serious damage to his lungs because of COVID-19 infection and although several teams of expert doctors came in to treat him both from within the country and abroad, Pangariya finally succumbed to his illness.

Dr. Ashok Panagariya made a mark as an outstanding neurologist. His pioneering work in the medical field will benefit generations of doctors and researchers. Saddened by his demise. Condolences to his family and friends. Om Shanti.
— Narendra Modi (@narendramodi) June 11, 2021

Many leading personalities including PM Narendra Modi have expressed deep shock at the doctor’s death. “Dr. Ashok Panagariya made a mark as an outstanding neurologist. His pioneering work in the medical field will benefit generations of doctors and researchers. Saddened by his demise. Condolences to his family and friends. Om Shanti,” he tweeted

Rajasthan CM Ashok Gehlot also expressed his deepest condolences at the passing of the renowned neurologist. He said that his going away is a personal loss to him and his family.

Dr Pangariya was the first Indian doctor to become DM in Neurology. In 1992 he received a merit certificate from Rajasthan government and headed the Neurology department of SMS Hospital which is Rajasthan’s top government hospital for several years.

Between  2006-2010, he was Principal of SMS Medical college and in 2002 the Medical Council of India gave him the prestigious Dr. BC Roy award. In 2014 he was awarded the Padma Shri.

He has had more than 90 research papers published in national and international journals. Giving his medical and social commitments, he was also given the UNESCO award apart from several lifetime achievement awards by leading organisations of the country.