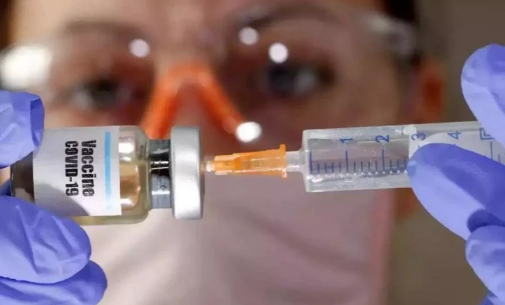 Mobile vaccination is going to start in the capital from today. Vans will reach the localities for the vaccination of the elderly. It will start in four wards on the first day.
In this campaign of vaccination, only those above 45 years of age will get the benefit. Today it is going to start from four urban wards of Raipur. Viva mobile vans will reach the localities to vaccinate the people.
On Saturday, this mobile unit will be stationed in Yatiyatanlal Ward, Raman Mandir Ward, Brahmanpara and Pt Deendayal Upadhyay Ward of Raipur. On Sunday, this vaccination unit will be in Banjari Mata Ward, Shaheed Hemu Kalani Ward, Swami Vivekananda Sadar Bazar Ward and Pt. Sunderlal Sharma Ward.
Along with the vaccination team, doctors and pharmacists will also be there in the vehicle. According to the plan, this mobile ambulance will reach Sant Kabirdas Ward, Rajiv Gandhi Ward, Pt. Ravi Shankar Shukla Ward and Thakur Pyarelal Ward of Raipur today. The administration hopes that with this initiative the vaccination campaign of the elderly will gain momentum.
According to the Kovin portal, only 5 thousand 966 people could be vaccinated in the state on Thursday. So far 63 lakh 11 thousand 303 doses of vaccine have been administered. Out of these, 51 lakh 62 thousand 831 people have got the first dose. At the same time, 11 lakh 48 thousand 472 people have been able to take only the first dose.