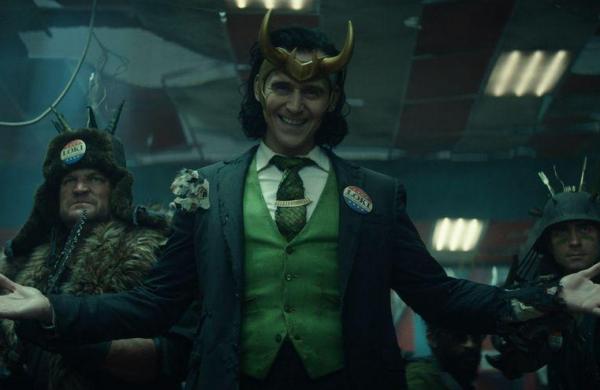 By PTI
MUMBAI:  Bollywood icon Shah Rukh Khan has another fan in “Loki” star Tom Hiddleston, who gushed about the actor in a special video for his fans in India.

The video, posted on the official Twitter handle of Disney+ Hotstar, shows Hiddleston playing the game of Word Association.

When asked about his first thought on India, the British star said, “Shah Rukh Khan”.

He referred to the Bollywood superstar again when the word “Bollywood” came up.

The 40-year-old actor also revealed that he has a special connection with the city of Chennai.

“Chennai. My akka (elder sister) lives there. She used to live there. And I have been there a few times. Chennai is great,” Hiddleston said.

Tom Hiddleston’s cheekbones and wit cut sharper than glass and we are here for it! Watch #Loki streaming June 9 pic.twitter.com/FodbnUS61j
— Disney+HotstarPremium (@DisneyplusHSP) June 8, 2021

The actor currently stars in Disney Plus series “Loki”, in which he reprises his eponymous role of the God of Mischief from the Marvel Cinematic Universe (MCU).

Though Loki died in the “Infinity War”, the series begins by showing the character being stuck at Time Variance Authority (TVA), a fictional organisation that monitors timeline in the Marvel comics.

Dwayne Johnson, Emily Blunt open up about working together in ‘Jungle Cruise’