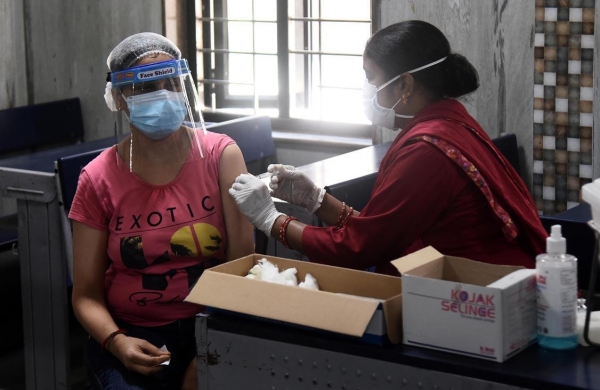 Express News Service
NEW DELHI: Making a sharp course correction after widespread criticism, Prime Minister Narendra Modi on Monday announced that the Centre will take full responsibility for free vaccinations across all age groups. Private hospitals, however, can continue procuring 25per cent of the manufactured vaccines and levy a maximum of Rs 150 extra as service charge for administering the jab.

The rollout of the policy rollback will begin on June 21. Modi also announced the extension of the PM Garib Kalyan Ann Yojna scheme till Deepavali, November 4, for 80 crore of the population to avail free foodgrains. In his address to the nation, Modi sought to put the earlier policy in place since May 1 in context, saying the decision to ask states to procure doses for the 18+ was taken in line with their demand that they be given greater flexibility.

“From June 21, Monday, the Centre will provide vaccines for all citizens above the age of 18 years free of cost. The Centre will procure 75per cent of the vaccines manufactured and give them free to the states. No state in the country will have to bear any cost.”Modi added that the Centre and the states will work out the modalities of the rollout in the next two weeks. He also entrusted the states with the task of ensuring that private hospitals charge only Rs 150 as service charge for vaccinations.

The reverting to the pre-May 1 vaccination procurement policy came in the backdrop of a number of chief ministers appealing the Centre to take full responsibility for the procurement besides the Supreme Court taking a hard look at the the policy formulation. Modi sought to project that the Centre is in full control of the situation to deal with the ongoing pandemic.

Exuding confidence that India will be able to scale up vaccinations, Modi stated that seven vaccine candidates are at the trial stage, including three in advanced stages, while work is in progress for a nasal vaccine. He informed that trials of two vaccines are on at a fast pace for children amid the scientific community expressing concerns about them being vulnerable in the next wave of the pandemic.

Why don’t you procure vaccines also for the states?    Dual pricing and procurement policy prima facie discriminatory    Why can’t Centre pay from `35,000 crore budgetary allocation for procurement for the 18+?    Universal vaccination, including for all 18+, is Centre’ primary responsibility    Submit files on how the policy was conceived, including file notings