79 complex surgeries of black fungus, infection had reached the brain of four 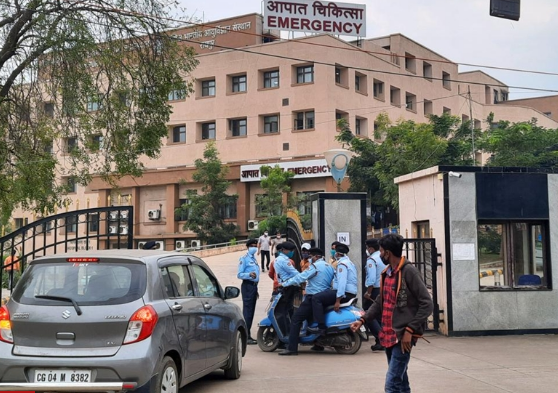 Four complex operations for Black Fungus (mucormycosis) have been done in last one week at AIIMS. The patients are healthy after the operation which lasted eight to 12 hours. AIIMS management said that now 79 operations have been done for black fungus. This number is more than the number of operations being carried out by any central institution after AIIMS Delhi.

Nagarkar, Director, AIIMS said that a team of more than 100 doctors from seven departments are performing an average of six to seven complex operations of Mucor mycosis every day. It includes other medical specialists including Ophthalmology, Neuro Surgery, Medicine, Surgery, Anesthesia. For this, five operation theaters and eight wards are reserved. In the past also, patients of black fungus are being treated by AIIMS in the state. This year the number of patients has increased significantly. Four brain-based operations were performed in the last one week.

Dr Nagarkar said that in view of the increasing number of patients, AIIMS, Raipur requires 600 Amphoteresin-B injections per day. Right now an average of 200 injections are being received. In case of non-availability of injection, help is being taken from their substitute.