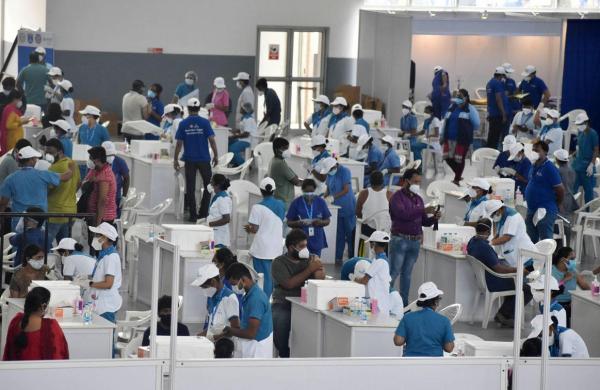 Express News Service
NEW DELHI: Calling the new changes in the Narendra Modi government’s Covid vaccination policy a partial correction, experts have called for the need of a clearly spelt out distribution plans based on which vaccines are to be distributed among states.

The specific formulae based on which vaccines have been allocated to states so far have remained opaque, prompting many to speculate that politics too, and not only the need of the state, has played a part in vaccines’ delivery by the Union government.

From time to time, many state governments, mainly those ruled by opposition parties, too have blamed the Centre of not supplying adequate Covid vaccines as demanded, indicating that it has prioritised BJP ruled states over them.

Prime Minister Modi on Monday announced that starting June 21, all adults in the country will be entitled to receive Covid vaccines for free in government hospitals across India as 75% of the total vaccines will be procured centrally and provided to states.

Those who have been following the Centre’s Covid response and vaccination policy closely said that the need of the states, and requirement of vulnerable groups, instead of political whims and fancy should guide the vaccine distribution roadmap, more so as central will have control on a higher number of vaccines now.

ALSO READ | Centre to take over vaccination drive from June 21, only 25% for private hospitals: PM Modi

“The new policy is an improvement from the earlier one and looks better on paper but the plan for distributing the vaccine should be spelt out clearly and released in a transparent manner,” stressed health economist Rijo M John, attached with IIM, Kozhikode.

He pointed out that so far, the country does not clearly know which state has got how many doses of the vaccines and what was the basis of supplying them.

“Chances of arbitrarily distributing the vaccines will grow even more now that the Centre will directly procure 75% of the vaccines and could decide on allocations unilaterally,” he added.

Economist R Ramakumar too, while emphasising that the latest announcement is the partial correction from the Centre’s earlier strategy, added that the formula being used for supplying vaccines to the states should be publicised.

Ramakumar also said that the window of opportunity provided to vaccine makers to make profit on 25% Covid vaccines also needed to be rolled back.

“Even now, 25 % of the vaccines continue to be reserved for the rich in private hospitals,” he said, adding that 100% of the vaccines should be centrally procured and provided to people free of cost.