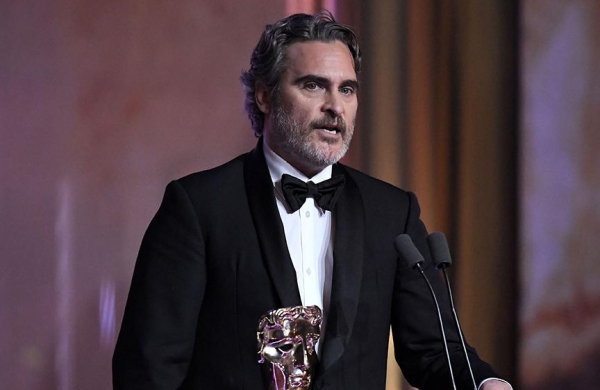 By PTI
LONDON: Oscar winner Joaquin Phoenix says he will educate his son, River about the reality of the meat processing industry so that he is able to make an informed decision about his lifestyle.

The “Joker” star, however, said he hopes his child chooses veganism.

“Certainly I would hope that (he is vegan), but I’m not going to impose my belief on my child. I don’t think that’s right,” Phoenix, who has been vegan since he was three years old, told The Times in an interview.

“I’m going to educate him about the reality. I’m not going to indoctrinate him with the idea that McDonald’s have a Happy Meal because there’s nothing f***ing happy about that meal. And I’m not going to tell him that it’s OK to read books about all the wonderful little farm animals, and they say ‘oink oink oink’ and ‘moo moo moo’, and not tell him that that’s what a hamburger is,” he added.

The 46-year-old actor said he is “not going to perpetuate the lie” about food processing, but he is also not going to force the infant him to be vegan.

Phoenix and his fiancee, actor Rooney Mara (36) announced last year that they had a son, who they had named after his late brother, River.

Oscar nominee River Phoenix died of a drug overdose in 1993 at the age of 23.