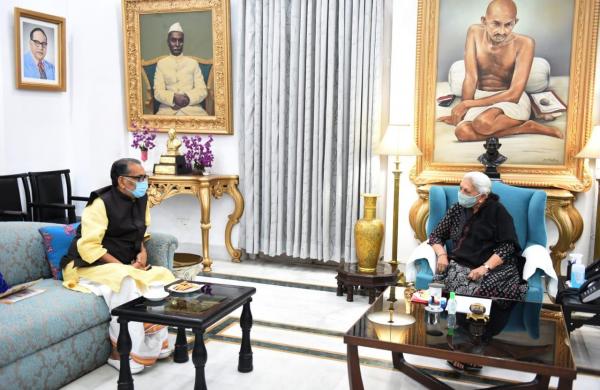 Singh, also the party’s UP in-charge, made the remarks after his meeting with Governor Anandiben Patel, which he described as a personal one.

Asked about the possibility of a Cabinet reshuffle, Singh told reporters that there is nothing like that.

Asked about the Cabinet expansion to fill some ministerial berths, Singh said some seats are vacant but they are not major ones.

As far as vacant seats are concerned, the chief minister will take a decision at an appropriate time, he added.

Singh also said the BJP has the strongest organisation and most popular government in Uttar Pradesh.

About his meeting with Governor Patel, he said he had come to meet her because he had not been able to meet her for some time.

“After becoming the party’s in-charge of UP, I have not met the governor, he said.

When she was the Gujarat chief minister, I was the agriculture minister. I had an old association with Gujarat. As I could not meet her in the past six months, I met her today. This was a personal meeting, he said.