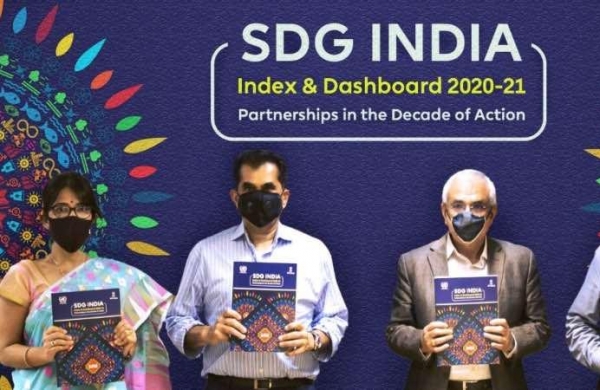 Singh, who is known for being the most outspoken politicians in Bihar, questioned the NITI Aayog’s ranking.

“The NITI Aayog’s report is far from truth and reality. Bihar has done a lot in the SDG index in the last 15 years. To know this on the ground, a team of NITI Aayog should come and do a reality check,” Singh said, calling the report and ranking of Bihar as ‘pre-determined’.

Kerala retained its rank as the top state with a score of 75.

“I doubt over the genuineness of this report. The development works of Bihar should be re-examined and action should be taken against those who have given wrong reports about Bihar,” the BJP MLA further said.

He strongly demanded release of verified report of NITI Aayog on Bihar after getting on-ground reality check by a team of NITI Aayog experts.

He claimed that the state has faired well on all fronts of development under Nitish Kumar-led NDA government.

“In a state like Bihar that was left doomed in the lantern age, devoid of developments till 2005, the NDA government has brought a sea changes in developments. And before making any assessment on papers, one should make a visit to believe it,” he said.

He also questioned that the ranking of Bihar below the Naxal-affected states including the North East state and Jharkhand, terming it a ‘ridiculous’ and a matter of probe by the central government.

Accusing the RJD of being behind the ruins of state till 2005, the BJP MLA said that Lalu Prasad Yadav had only organised his vote banks while the Nitish Kumar-led NDA government with the supports of BJP led central government has organised developments for the state.

“Bihar has now wider networks of roads, sufficient power supply, better governance and infrastructures. Take an example, Bihar has set a benchmark in Covid-control efforts by bringing this spread of infection of pandemic sharply,” he said.