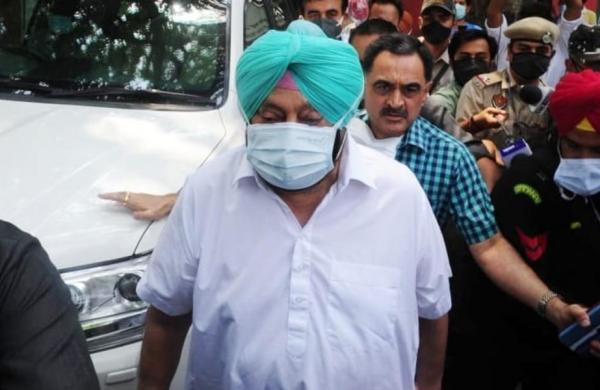 Express News Service
NEW DELHI/CHANDIGARH: Punjab Chief Minister Captain Amarinder Singh on Friday met the three-member panel set up by the Congress high command to find a solution to the infighting in the party’s state unit.

Sources said that as part of reconciliation efforts, Congress MLA and former Punjab minister Navjot Singh Sidhu could be brought back to the state cabinet. Sources said that during the three-hour meeting Amarinder gave a “report card” on the performance of his cabinet colleagues.

There are rumours that a few of them may be dropped and replaced by new faces.

Amarinder reportedly did not oppose Sidhu’s return to the cabinet and chances are that he would be given an important portfolio. Discussions were also held on appointing a Dalit as the new deputy chief minister, keeping in mind the state’s large Dalit population.

There are also speculations that Sunil Jhakar may be replaced as the state Congress president.  The meeting also saw discussion on the issue of justice in the sacrilege case. Sidhu and other Congress leaders have raised complaints that the government is doing nothing to bring the culprits to justice.

Amarinder reportedly assured the panel that a Special Investigation Team was investigation the case and the law will take its course.

Talks were also held on governance issues and ways to revamp the state party unit ahead of next year’s Assembly elections. Discussion were also held on the complaints raised by party MLAs that ministers are not listening to them.

A number of MLAs had told the panel that they want Amarinder as the party’s chief-ministerial face in 2022, but complained that he is not very accessible to them. The panel started its work on Monday. It has by now met most of the party MLAs and ministers. It will submit a report to Congress chief Sonia Gandhi over the weekend.