COVID-19: In a first, drones being used for sanitization by BCCL in Dhanbad 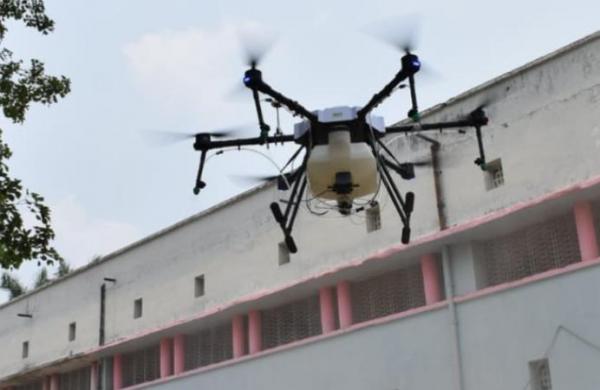 Express News Service
RANCHI: In a first, drones are being used for the sanitization of hospitals and residential colonies in Dhanbad by Bharat Coking Coal Limited (BCCL). According to BCCL officials, the decision was taken to cover large open areas which otherwise remains unattended.

“Drones are being used to reach out to the large open areas, some of which are located at distant locations, which are really difficult to reach out manually. It’s a new technique through which more area could be covered in minimum time proficiently,” said a BCCL official requesting anonymity.

These drones can spray 10 litres of sanitiser by flying fifteen minutes in the air, he added.

As per WHO and ICMR guidelines, Sodium hypochlorite solution with 1 per cent concentration as a disinfectant is used for sanitization by these drones. A Hyderabad based company has been roped in to provide its services, which has deployed two drones for sanitization in BCCL.