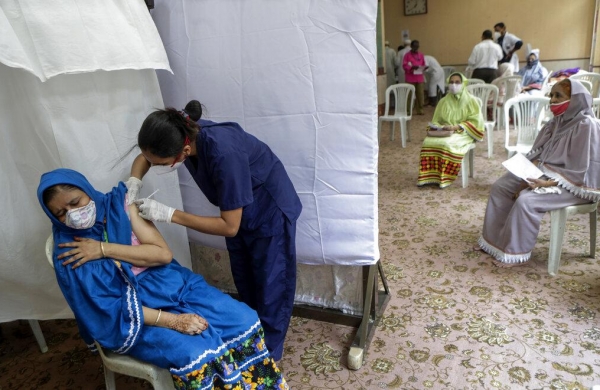 By Express News Service
MUMBAI:  The Maha Vikas Aghadi government faced major embarrassment on Thursday, after Chief Minister Uddhav Thackeray’s office had to clarify that no decision had been taken regarding complete unlocking in 18 districts where positivity rate is below 5 per cent.

An announcement of unlocking in 18 districts was earlier made by the Relief and Rehabilitation Minister of the state, Vijay Wadettiwar.

Congress minister Wadettiwar had said the state government has taken a decision to unlock in five phases. He had said that districts where the positivity rate is below 5% will not have restrictions anymore.

However, Chief Minister Thackeray immediately clarified that there had been no such development and issued a note saying that districts where positivity rate is below 5 per cent will continue to be under restrictions.

He had told reporters in the afternoon that restrictions would be lifted in 18 out of 36 districts in the state where the positivity rate is five per cent or less and the occupancy of oxygen beds in hospitals is less than 25 percent from Friday.

He had held a press conference after a meeting of the State Disaster Management Authority here. The CMO statement that followed said the government has not lifted lockdown-like curbs as COVID-19has not been controlled completely yet. “The coronavirus spread is serious in some rural areas. The curbs have not been completely lifted in the state,” the statement added.

Last week the government had announced that the restrictions, imposed in April this year, would continue till June 15. The CMO statement said that the Disaster Management department has decided five levels of severity of the pandemic based on the positivity rate and availability of oxygen beds.

The CMO said that the degree of relaxation will be decided as per the level of severity and guidelines on whether to relax the curbs or further strengthen them will be announced soon.

After the CMO issued the clarification, Wadettiwar told reporters that “in principle approval was given to phased lifting of lockdown curbs on the basis of positivity rate and availability of oxygen beds”, but no final decision was taken.

Chief Minister Uddhav Thackeray and Deputy Chief Minister Ajit Pawar were present at the meeting, he added. “No `unlock’ is happening in the state. Even though in principle approval has been given, final decision will be taken by the chief minister,” the Congress leader said.

BJP leader Devendra Fadnavis took a swipe at the Maharashtra government’s flip- flop over lifting of coronavirus restrictions, asking whether it happened because ministers wanted to take credit for the announcement.

The state government on Thursday evening clarified that the existing restrictions have not been lifted, contrary to the announcement made by minister Vijay Wadettiwar. “What’s open and what’s closed? Lock or unlock? Immaturity or Credit seeking?” Fadnavis tweeted.

He also wondered what should people believe, a press conference or a press note. He was referring to Wadettiwar’s press conference which was followed by a clarification note from the chief minister’s office.

“The state government cancelling Class XII exams will bring uniformity in the policy decision. Many students and parents are worried and concerned about their children’s health. No one wanted to take a risk by attending the exams. Therefore, this big decision of cancelling the exam was taken in view of student health,” Gaikwad said.

She added that her department will prepare guidelines for evaluation of the students on the basis of their previous year’s exams and present year’s internal and practical exams. “We will ensure no student faces any difficulty. The Central government should declare teaching and non-teaching staff as frontline workers,” he said.