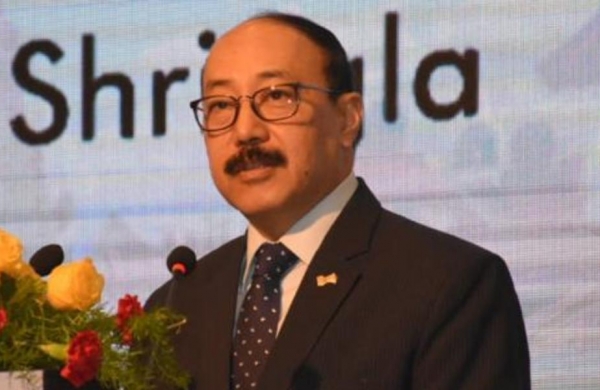 By Express News Service
NEW DELHI: Foreign Secretary Harsh Vardhan Shringla said that India was in talks with manufacturers abroad for local manufacturing of COVID-19 vaccines and that the Ministry of External Affairs is making all efforts to increase supplies, especially from the US.

“We are also part of the discussions with major vaccine manufacturers like Pfizer, Johnson & Johnson and Moderna about sourcing and possible local manufacturing of their vaccines in India. We have also helped expedite the introduction of Sputnik V vaccines,” Shringla said during an address at the WHO’s South-East Asia Regional Health Partners’ Forum.

Saying that India was fighting an exceptional second wave of the pandemic, the foreign secretary said that MEA has been working to ease regulatory disruptions to the supply chains. India’s vaccine manufacturing hit a hurdle after the US in February last year invoked the Defence Production Act for vaccine ingredients.

According to the act, all the resources in the US must be prioritised for Americans first. India has been demanding easier access to raw materials necessary for vaccine production.

Shringla also said India would create global scale capacities needed to tackle the pandemic. “A number of serious global conversations are underway on this in platforms such as the G7, G20, Quad, BRICS, the UN and the WTO itself,” he said.

Meanwhile, MEA spokesperson Arindam Bagchi said India is engaged with the US administration to ensure that necessary components and raw materials for vaccine production in the country are readily available.

“This was taken up recently during the External Affairs Minister’s US visit,” he said. India was also awaiting US allocations from its surplus stockpile of 80 million Astra Zeneca vaccines, he added.