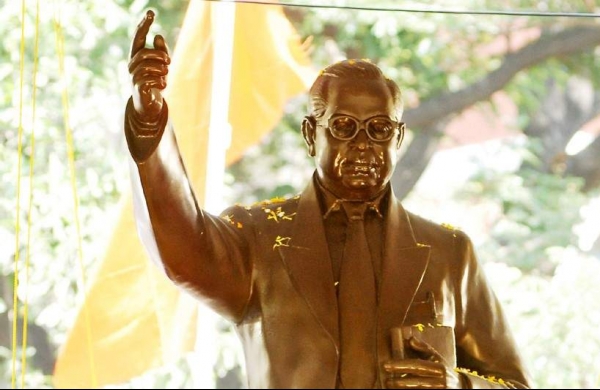 By PTI
BALLIA (UTTAR PRADESH): A statue of social reformer BR Ambedkar was found damaged in a village here, police said on Friday. The statue in Kothiya village was later repaired and police deployed in the area to prevent any untoward incident, they said.

The hands and spectacles of Ambedkar’s statue were damaged by some miscreants on Thursday. Villagers informed the police after they noticed this, the police said. Station House Officer, Nagra, Dinesh Chandra Pathak said the statue has been repaired.

Police personnel have been deployed in the village to maintain peace. No complaint has been received in connection with the incident but strict action will be taken against those involved, he said. Similar incidents have taken place in this area in the past.