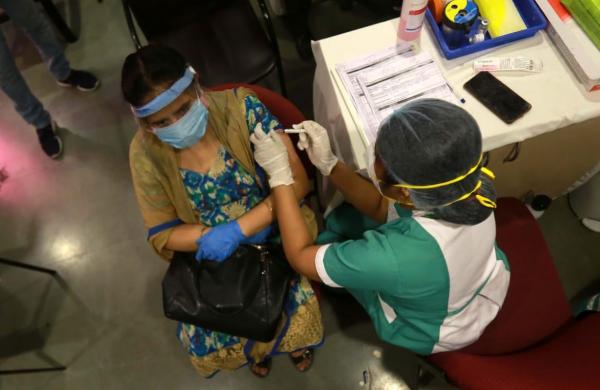 Express News Service
NEW DELHI: Terming the Centre’s vaccination policy as prima facie arbitrary and irrational, the Supreme Court in its written order sought all details on its formulation. The court directed the Centre to place on record all relevant documents and file notings reflecting its thinking while evolving the policy, and the purchase history of Covaxin, Covishield and Sputnik V so far. It also asked all states and Union Territories to specify their stand on providing free jabs.

It saw a policy skew in allowing free vaccination for the vulnerable groups those above 60 and the 45-plus with comorbidities — while enforcing a paid system for the rest. The order was part of the detailed hearing of Monday, which was made available on Wednesday.

Countering the Centre’s pitch not to interfere in policy matters, particularly as the pandemic situation was dynamic, the bench led by Justice D Y Chandrachud said it does not intend to second-guess the wisdom of the Executive, but will determine “if the chosen policy conforms to the standards of reasonableness, militates against manifest arbitrariness and protects the right to life of all persons”.

Appears irrational​Due to the importance of vaccinating individuals in the 18-44 age group, the policy for facilitating free vaccination for vulnerable groups under the first two phases, and replacing it with paid vaccination by state/UT governments and private hospitals for the 18-44 age group is, prima facie arbitrary and irrational. Under the liberalised vaccine policy that came into effect on May 1, the Centre is paying for the vaccines of the 60+ and people above the age of 45 with comorbidities. For the rest, the states can buy up to 50% of their vaccine requirements from manufacturers but they are paying a much higher price than the Centre. Private hospitals are paying even more.

The court asked the Centre to provide data on the percentage of population that has been vaccinated with one or both doses, as against eligible persons in the first three phases of the vaccination drive. The data should include percentage of rural and urban population so far vaccinated.

While the Centre is confident of vaccinating everyone in the targeted age group by this December-end, the court sought full details as to how production of such high volume will be achieved. It also asked for an outline on how and when the Centre expects to vaccinate the remaining population.

Regarding the pricing of vaccines, the bench asked the Centre to submit a cost comparison of the shots available in India as against their international price. “If Rs 35,000 crore has been allocated for vaccine, why it cannot be used for vaccinating the 18-44 age group?” the court questioned and directed the Centre to produce the entire file on its vaccine purchase history till date. It also sought the dates of procurement orders of all vaccines Covishield, Covaxin and Sputnik V the number of doses ordered and the projected date of supply.

The Indian Constitution does not envisage courts to be silent spectators when constitutional rights of citizens are infringed by executive policies. Judicial review and soliciting constitutional justification for policies formulated by the Executive is an essential function, which the courts are entrusted to perform, the bench observed. It said across the globe, the Executive has been given a wider margin in enacting measures, which ordinarily may have violated the liberty of individuals, but are now incumbent to curb the pandemic.

ALSO WATCH | Is highly infectious B.1.617 variant spreading at a frightening speed?