Right to control one’s identity must remain with the individual, subject to restrictions: SC 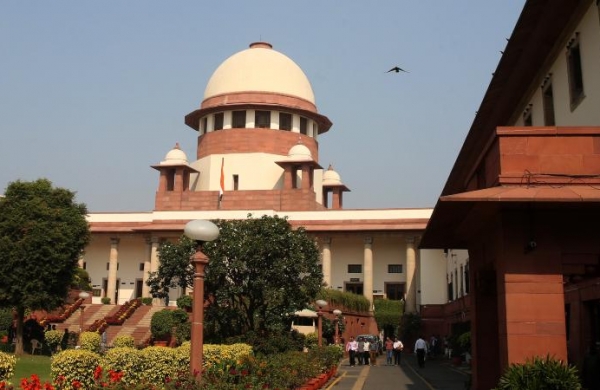 By PTI
NEW DELHI: An individual must be in complete control of name and law must enable him or her to retain as well as to exercise such control freely “for all times”, the Supreme Court on Thursday said.

It said “the right to control one’s identity must remain with the individual, subject, of course, to reasonable restrictions”.

The top court said that the identity of an individual is one of the most closely guarded areas of the constitutional scheme in India and directed the CBSE to process the requests of students for correction or change, in name as the case may be, in the certificate issued by the board.

It explained by giving an example that a victim of sexual abuse whose identity gets compromised due to lapses by media or an investigative body, despite there being complete legal protection, may consider changing the name to seek rehabilitation in the society in exercise of her right to be forgotten but if the CBSE refuses to change the name, the student would be compelled to live with the scars of the past.

A bench of Justices AM Khanwilkar, B R Gavai and Krishna Murari said that the board and the students are not in an equal position of impact and the balance of convenience would tilt in favour of students.

“A Board dealing with maintenance of educational standards cannot arrogate to itself the power to impact the identity of students who enrol with it.

The right to control one’s identity must remain with the individual, subject, of course, to reasonable restrictions”, the bench said.

It said that the students stand to lose more due to inaccuracies in their certificates than the Board whose sole worry is increasing administrative burden and the obligation of Board to take additional administrative burden is no doubt onerous but the propensity of a student losing career opportunities due to inaccurate certificate is unparalleled.

The bench said that the court is compelled to wonder how it would not be a grave and sustained violation of fundamental rights of the student and in such circumstances, the avowed public interest in securing rehabilitation of affected persons would overwhelm the Board’s interest in securing administrative efficiency.

“In fact, it would be against the human dignity of the student, the protection whereof is the highest duty of all concerned”, it said, adding that that identity, therefore, is an amalgam of various internal and external including acquired characteristics of an individual and name can be regarded as one of the foremost indicators of identity.

It said that such control would inevitably include the aspiration of an individual to be recognized by a different name for a just cause and Article 19(1)(a) of the Constitution provides for a guaranteed right to freedom of speech and expression.

The top court referred to the 2018 verdict in Navtej Singh Johar (which held section 377 of IPC as unconstitutional) and said that this freedom would include the freedom to lawfully express one’s identity in the manner of their liking.

“Having recognized the existence of this right, the essential question pertains to the rights that flow due to the change of name.

The question becomes vital because identity is a combination of a diverse set of elements.

Navtej Singh Johar dealt with “natural identity” and here we are dealing with name, which can only be perceived as an “acquired identity’,” the bench said.

It said that CBSE Bye Laws permit changes of name only if permission from the Court has been obtained prior to the publication of the result which is problematic on certain counts.

“Firstly, it is not a mere restriction on the right; it is a complete embargo on the right post publication of the result of the candidate.

It fails to take into account the possibility of need for change of name after the publication of result including the uncertainty of timeline required to obtain such declaration from the Court of law due to law’s delay and upon which the candidate has no control whatsoever”, it said.

The top court added that the CBSE bye laws completely overlook possibility when it ordains seeking declaration from the Court prior to the publication of results of the concerned examination conducted by it.

“No doubt, it is true that CBSE certificates are not strictly meant to be considered as identity documents, however, the same are being relied upon for corroborative purposes in all academic and career related transactions as foundational documents,” it said.

The bench said that the Board must afford the opportunity to the students to modify it subject to complying with requisite formalities which are reasonable in nature.

“If all other State agencies could allow it for the preservance of consistency and accuracy, alongside being enablers in free exercise of rights by the citizens, there is no reason for the CBSE to not uphold that right of the students,” the bench said, while referring to Aadhaar and Passport Act.

The bench said, “We, thus, hold that the provision regarding change of name “post publication of examination results” is excessively restrictive and imposes unreasonable restrictions on the exercise of rights under Article 19″.