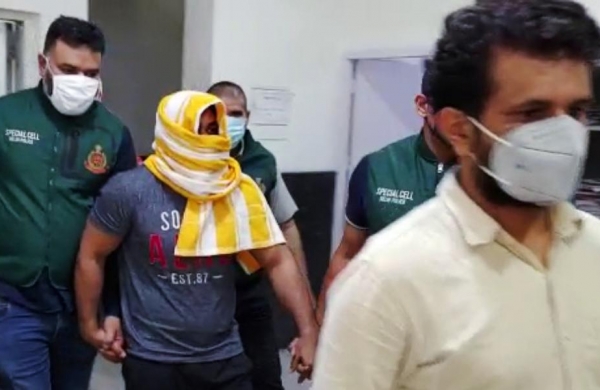 By Express News Service
NEW DELHI:  A court on Wednesday rejected a Delhi Police plea for three more days of custodial interrogation of wrestler Sushil Kumar in connection with the alleged murder of a young wrestler at Chhatrasal Stadium, and sent him to nine-day judicial custody. The Olympic medallist faces charges of murder, culpable homicide and kidnapping.

Metropolitan Magistrate Rashmi Gupta said, “As per the settled law, PC [police custody] remand should not be granted in a mechanical manner. It should be granted only when the situation warrants and it is justified.” Sushil was arrested on May 23. The court had initially remanded him to six days of police custody, which was later extended by four more days on May 29. He was produced in the court after the expiry of his extended custody.

Sushil Kumar and his associates allegedly assaulted Sagar Dhankar and two of his friends Sonu Mahal and Amit Kumar at the stadium on the intervening night of May 4 and 5 over a property dispute. The 23-year-old Dhankar succumbed to the injuries later.

Police has called Sushil the “main culprit and mastermind” of the alleged murder and said there is electronic evidence wherein he and his associates could be seen beating Dhankar with sticks.Additional Public Prosecutor Atul Shrivastava, representing the police, told the court that Sushil is not cooperating and that his custody is required to recover his mobile phone and the weapon of offence.

He called it a “cold-blooded murder” as he referred to the purported video of the brawl. Advocate Pradeep Rana, representing Sushil Kumar, said that his client’s further custodial interrogation is not required as he is merely a victim of circumstances and not a dreaded criminal.

Co-Accused also in Judicial custodyAjay Kumar Sehrawat, a co-accused in the murder case, was also sent to judicial custody for nine days. Ajay was arrested along with Sushil Kumar from Mundka area by Delhi Police.