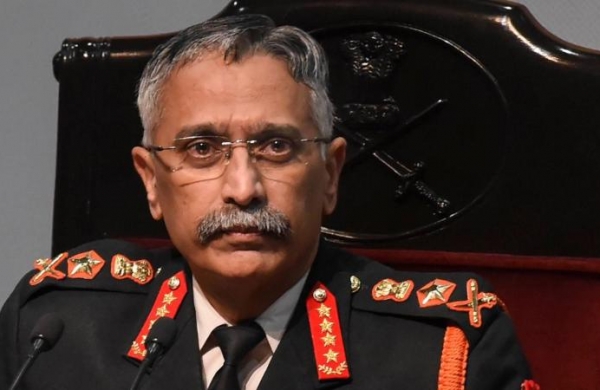 “The border ceasefire is holding. The onus to ensure that ceasefire lies with Pakistan. We are willing to observe the ceasefire as long as they do so,” General Naravane told media persons during his second-day visit to the Valley.

Asked whether Army has lowered guard along the LoC, he said while a ceasefire is on, militant infrastructure, militant camps and militants continue to be on the other side of LoC. “Therefore there can be no slackening in our preparedness and alertness.”

Asked whether the ceasefire has reduced mistrust between India and Pakistan, Army chief said, “Trust is a very difficult thing to come by. It takes a very long time to develop. There have been decades of mistrust in India and Pakistan and obviously, the situation on that score cannot change overnight”.

“However, if the ceasefire continues and they (Pakistan) continues to observe ceasefire in letter and spirit and stop and desist from pushing militants across and foment trouble in India, then all small steps will definitely go incrementally in building trust between two countries. The onus is entirely on Pakistan to build upon whatever has been achieved so far”.

On the thinning of troops, he said, “We cannot reduce alertness and preparedness. We have a counter-infiltration grid to prevent any movement from across LoC. We also have a counter militancy grid in the hinterland. All these deployments are dynamic and they depend on situation and threat perception”.

“However, we keep reviewing deployments and if situation permits, then we pull out some troops from active deployment to the rare areas so that they get time for rest and relief”.

General Naravane said Army’s role in J&K is to bring the level of violence to an extent, where civil administration and local security forces can then play their role in the development of the region.

“Army’s role is to work with local administration and other forces. Our ultimate aim is to bring level of violence so that peace and development can take place in J&K,” he said.

Asked how he sees the security situation in J&K, Army chief said, “All security parameters have seen great improvement. There have been very few militants initiated incidents, hardly any cases of stone pelting and no IED attacks in the recent past. All these are indicators or return of sense of normalcy”.

In response to a question on Amarnath yatra, he said, “We are prepared and taken all necessary steps for smooth conduct of Amarnath yatra. The decision to conduct the yatra lies with the civil administration. But we are ready from our side.”

The 56-day Amarnath yatra is scheduled to start from 28 June. However, due to the outbreak of the second Covid-19 wave, it is not known whether J&K government would allow the yatra or not.

Asking youth to shun the path of violence, General Naravane said, “Violence does not get you anywhere. The youth should embrace the future and world over the future lies in shunning violence. And if you do that, it will only hasten the process of ushering in a new era of development and prosperity in J&K.”

Earlier, the Army chief visited the formations and units along the LoC and was briefed by the local commanders about the existing security situation and measures taken to foil infiltration by militants from across the LoC.

While interacting with troops, he cautioned all commanders and troops to not let their guard down and remain prepared to meet any emerging security challenges effectively.