India’s position not new: MEA on abstention at UNHRC on Gaza resolution 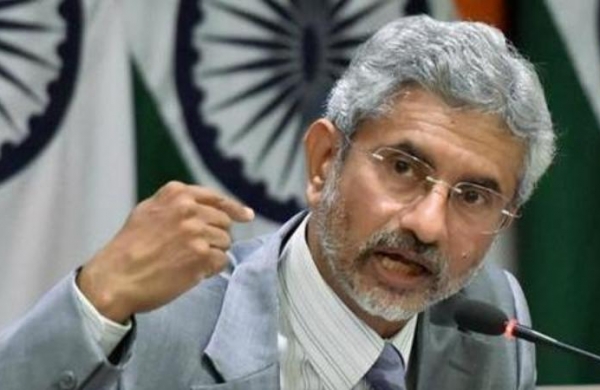 By PTI
NEW DELHI: India on Thursday defended its abstention during the voting at the UNHRC on a resolution to probe Gaza violence, saying its position is not new and it has abstained on previous occasions also.

Asked about the Palestinian foreign minister writing to his Indian counterpart S Jaishankar on India abstaining during the voting in the United Nations Human Rights Council on the issue, MEA spokesperson Arindam Bagchi said a similar letter has been written to all countries who abstained.

“Palestine wrote similar letters to all countries who abstained. The position that we took is not a new position.

And we have abstained on previous occasions. I think that explains our position quite clearly and addresses these questions,” the spokesperson said during a media briefing.

Expressing “concern”, Palestine’s Foreign minister Riad Malki in a letter to Jaishankar said that India “missed an opportunity to join international community at this turning point, both crucial and long overdue, on the path to accountability, justice and peace”.

Both Israel and Palestinian group Hamas agreed on a ceasefire that came into effect last month after days of intense fighting in which around 230 people were killed in Gaza and 12 in Israel.

Last week, India along with 13 other countries abstained from voting on the resolution at UNHRC to launch an investigation into alleged violations and crimes during the 11-day conflict between Israel and Hamas in Gaza.

The resolution was adopted as 24 countries voted in favour of it while nine opposed it at the end of an all-day special session of the 47-member UN body at its headquarters in Geneva.

The special session of the Council was called to discuss the “grave human rights situation” in the Palestinian territory including East Jerusalem.

India’s permanent representative to the UN in Geneva Indra Mani Pandey had said at the special session that New Delhi welcomes the diplomatic efforts of the international community and regional countries that have resulted in bringing ceasefire between Israel and armed groups in Gaza.

“India calls on all parties to show extreme restraint, desist from actions that aggravate tensions and refrain from any further attempts to unilaterally change the existing status-quo, including in East Jerusalem and its neighbourhoods,” he said.

Pandey said India was firmly convinced that dialogue remains the only viable option that can effectively address the issues confronting the region and its people.